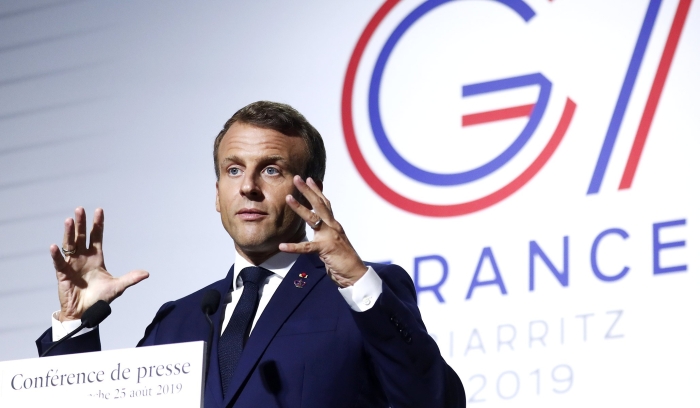 Emmanuel Macron may not technically be a celebrity, but he tweets like one.

Prior to the G-7 summit, the French president declared on Twitter, “The Amazon rain forest — the lungs which produce 20% of our planet’s oxygen — is on fire.” He added that “our house is burning,” and called the fires an “international crisis.”

Macron’s tweet was deeply ill-informed, but indistinguishable from the misleading rants of sundry actors and singers.

At least Diddy and Leonardo DiCaprio don’t host multilateral meetings of Western heads of state. Macron does. He...

I’m a Conservative Christian Environmentalist. No, That’s Not an Oxymoron.
OPINION

It’s been a long time coming, but some Republicans seem to have finally gotten serious about climate change. In June, a handful of senators rolled out a...

During a recent virtual fundraiser focused on climate action, former vice president Joe Biden made a direct appeal to voters young enough to be his...

Faced with a disgruntled climate voter during the primary season who wanted him to be tougher on the oil and gas industry, Joe Biden shot him one of his...

Is a Big Win for Conservation a Blow to Climate Action?

Days after entering office, President Donald Trump made a promise: He would eliminate two rules for every one signed into existence. Since then, he has...

Apple vows to be carbon neutral by 2030

Apple aims to ensure that within 10 years every product it sells will have a net zero impact on climate change, the tech giant announced Tuesday. The big...

Stacey Abrams, who ran for governor of Georgia, and Tom Steyer, who ran for president of the United States, are now trying to run me out of town. Abrams,...

Once again, Democrats are at the forefront of making real progress in the battle against climate change. A party-wide commitment has been announced to use only...

Environmentalism has long been a cause championed more by the left than the right, and in our increasingly polarized times, the movement’s tone and demographic...

ExxonMobil and other oil majors’ attempts to move climate lawsuits brought by cities and counties to federal court have repeatedly backfired, a setback...