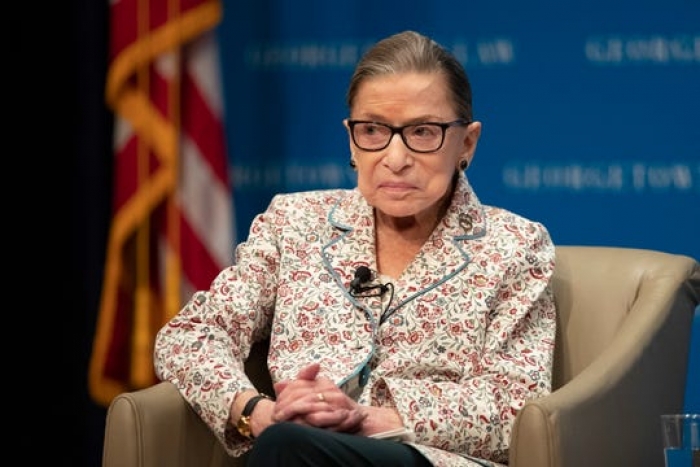 WASHINGTON -- Supreme Court Justice Ruth Bader Ginsburg has just completed treatment for a malignant tumor that was discovered on her pancreas.

The Supreme Court announced Friday she "completed a three-week course" of radiation therapy that started on August 5. The "abnormality," was first detected during a routine blood test in early July. A biopsy on July 31 found it to be a malignant tumor.

Ginsburg underwent surgery in late 2018 after cancerous nodules were found in her lungs. She has since returned to the Supreme Court.

Read full story
Some content from this outlet may be limited or behind a paywall.
Supreme Court, Ruth Bader Ginsburg, Cancer, United States