Mitch McConnell: The Filibuster Plays a Crucial Role in Our Constitutional Order 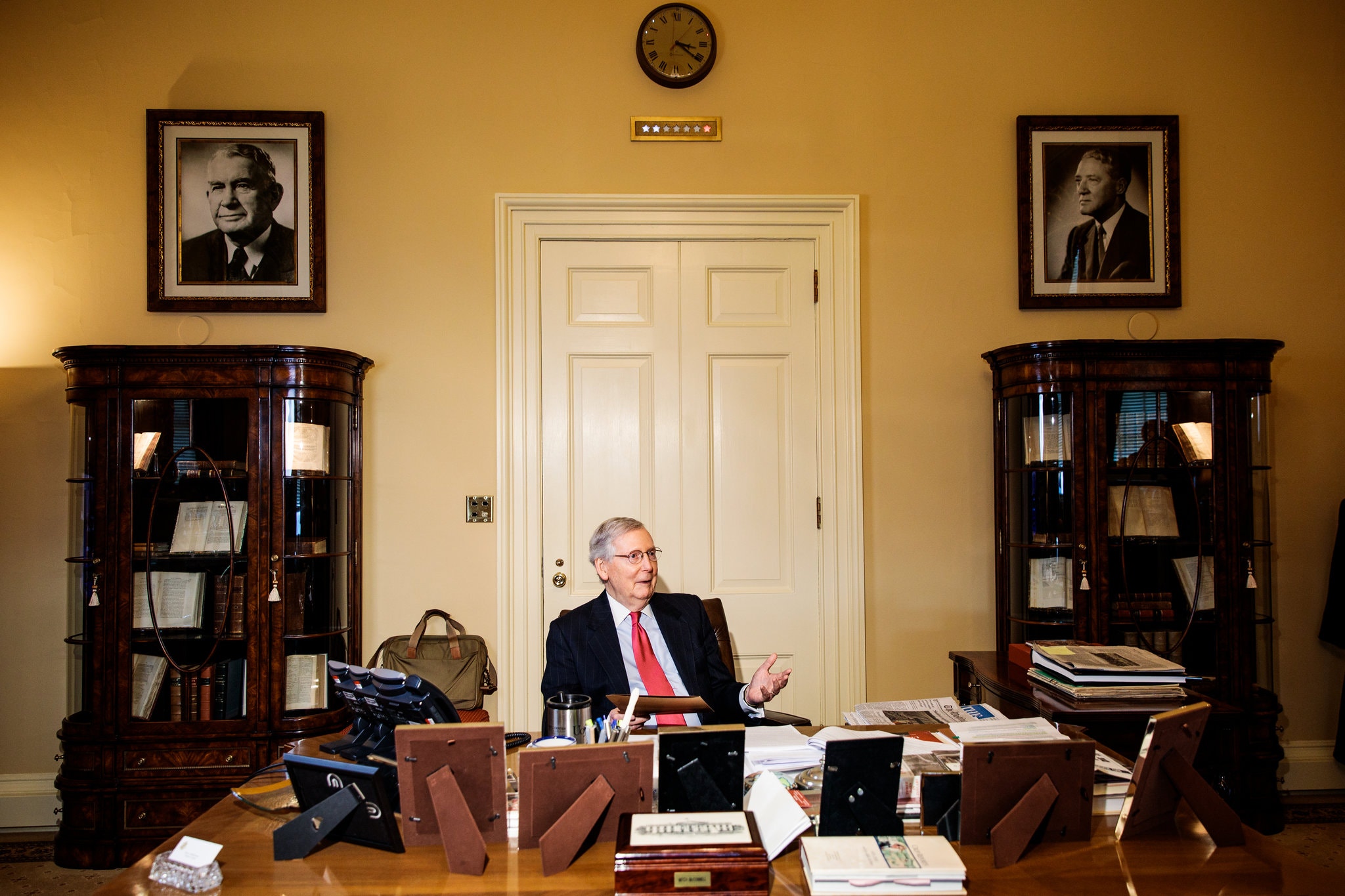 Democrats who want to change Senate rules for temporary political gain will rue the day, as they have before.

“You’ll regret this, and you may regret this a lot sooner than you think.”

That was my warning to Senate Democrats in November 2013. Their leader, Harry Reid, had just persuaded them to trample longstanding Senate rules and precedents. Now that some Democrats are proposing further radical changes to the Senate’s functioning, it is instructive to recall what happened next.

More news about US Senate
https://www.nytimes.com/2019/08/22/opinion/mitch-mcconnell-senate-filibuster.html?action=click&module=Opinion&pgtype=Homepage

Republican US Senator Lisa Murkowski has said she was “disturbed” by the Senate leader’s approach to working with White House counsel on the impeachment trial...

U.S. Sen. Lisa Murkowski, a Republican from Alaska, said she was disturbed to hear Senate Majority Leader Mitch McConnell say there would be “total...

Now that the House has approved articles of impeachment, a Senate trial — where lawmakers will decide whether or not to convict Trump of the two charges he...

The fallout from a closed-door briefing on the U.S. airstrike that killed Iranian Gen. Qassem Soleimani has put a spotlight on the divisions among two of...

Does the impeachment trial need witnesses?

Ever since the House of Representatives voted to impeach President Trump last month, a key point of contention has been whether the impending Senate trial...

Former Main Sen. Olympia Snowe is the first woman to be elected to both houses of her state Legislature and both houses of the Congress. For four decades she...

Republican U.S. Senator Lisa Murkowski said she was “disturbed” by the Senate leader’s approach to working with White House counsel on the impeachment trial of...

Sen. Lindsey Graham, R-S.C., announced that his initial plan of a pre-trial dismissal of the impeachment case against President Trump is now unlikely to happen...

Sen. Susan Collins (R-ME), often a “wild card” for Republicans looking to keep their caucus together, told her home paper, the Maine Republic, that she’s on...

Sen. Rand Paul, R-Ky., on Monday released his yearly Festivus grievances, including the impeachment proceedings against President Donald Trump. "I've got a...