Donald Trump, Economy, Recession, Jobs, Stock Market, Economy and Jobs
Save for Later
Add to My Front Page
From The Right 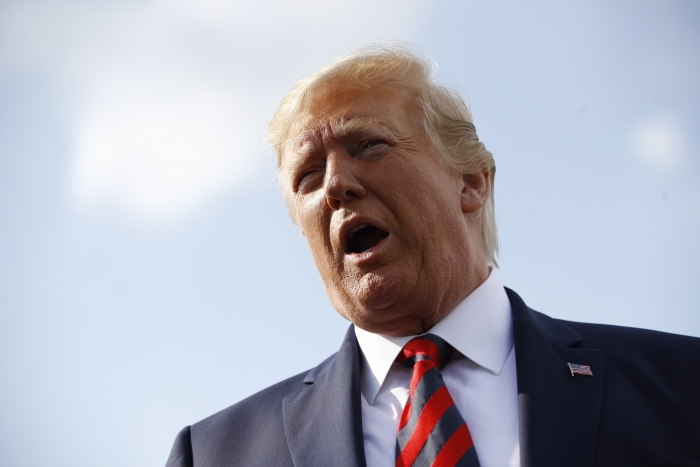 WASHINGTON – President Trump tried to alleviate fears of a recession on Sunday, echoing recent statements from his top economic advisers.

“I don’t see a recession,” Trump said as he headed to Washington D.C. after vacationing in Bedminster, New Jersey.

He added: “I’m prepared for everything. I don’t think we’re having a recession.”

The comments came after the president reportedly spent portions of his time in Bedminster fretting over what a global economic downturn could do to his reelection prospects.

PERSPECTIVES BLOG
Story of the Week: Record Number of Job Openings, but Hiring Slower Than Expected

Grothman right on claim that 9.3 million jobs are open in U.S.
FACT CHECK

Thanks to the crush of COVID, the U.S. last year went from low unemployment rates to record high numbers. But as more people have been vaccinated, and the...

What do homebuyers have to do to get a house in this cutthroat real estate market? Offer sellers a Caribbean vacation? Bid $1 million over the asking...

Poverty hurts the boys the most: Inequality at the intersection of class and gender
ANALYSIS

One of the cognitive curses of the human mind is the tendency to chop everything into two: black and white, rich and poor, men and women, North and South, and...

Worker filings for initial unemployment benefits rose by 37,000 to 412,000 last week, marking the first increase since late April and pausing what had been a...

To address global warming the White House has stated that president Biden’s green energy plan aims to set the US on a course toward achieving “net-...

Louisiana became the first Democratic-run state to drop out of a federal unemployment program that provided out-of-work Americans with an extra $300 ...

The number of new applications for unemployment benefits rose 37,000 last week to 412,000, the Labor Department reported on Thursday. The number...

A key inflation gauge that revealed consumer prices rose at their fastest pace in decades last month could prompt the Federal Reserve to start laying...

From his beach home in Delaware, President Joe Biden did what career politicians do best – he tried putting a positive spin on bad news. After yet...