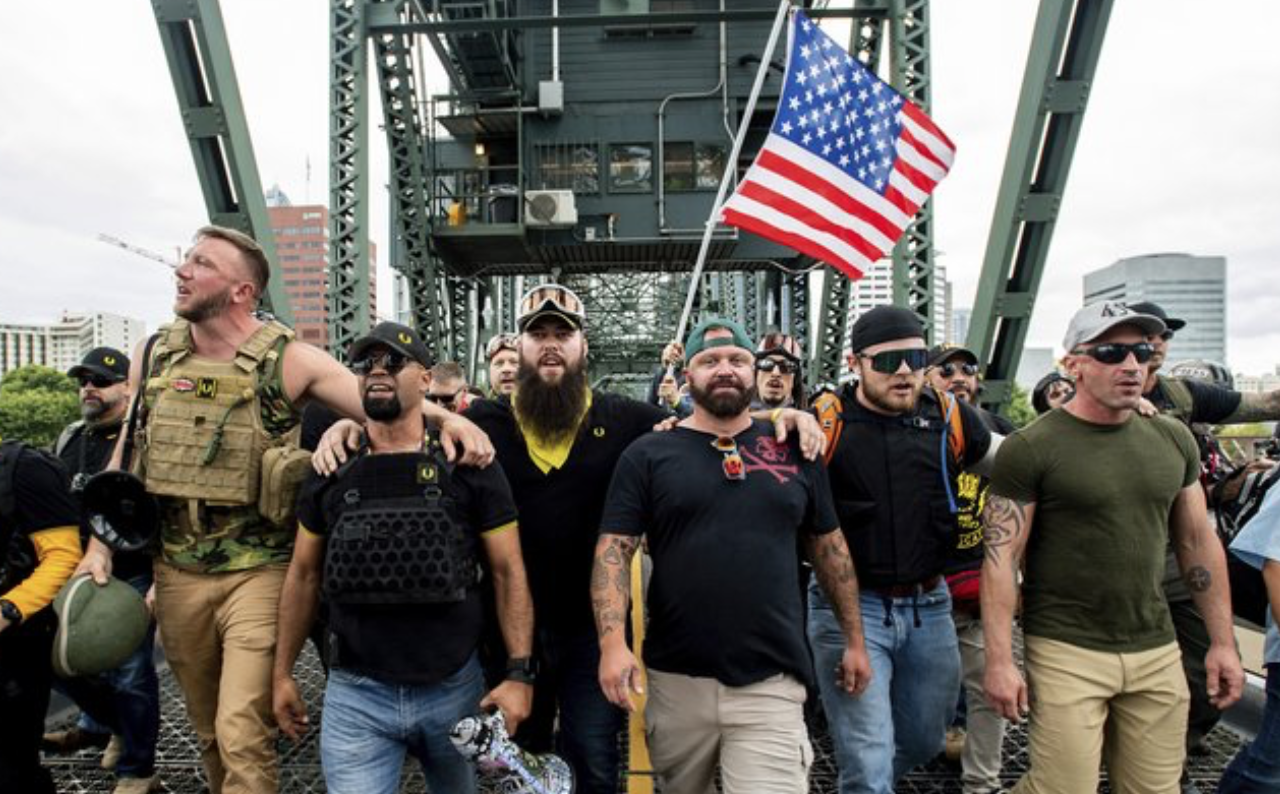 Hundreds of far-right protesters and anti-fascist counter-demonstrators swarmed downtown Portland, Oregon, on Saturday for a long-hyped rally that attracted President Donald Trump’s attention and resulted in at least 13 arrests.
Police seized metal poles, bear spray and other weapons and closed bridges and streets to try to keep the rival groups apart. They were largely successful. Six minor injuries were reported.

NEWS
Evidence That Conservative Students Really Do Self-Censor
The Atlantic

Google on Friday terminated the YouTube channel of white nationalist Nick Fuentes. A notice on the channel, which was known as “America First with Nicholas...

The doctor, Li Wenliang, had been silenced by the police after warning about the new coronavirus that has killed hundreds in China and sickened thousands....

A North Carolina professor gave up his free speech rights to resolve a case involving a...

On May 20, 2017, Rann Bar-On, a mathematics professor at Duke University in Durham, North Carolina, joined a group of counter-protesters in nearby Graham to...

The death of a Chinese doctor who tried to warn about the coronavirus outbreak has sparked widespread public anger and grief in China. Li Wenliang died...

Confused about your free speech rights at work? The Washington Post’s treatment of one of its reporters just made things a little bit less clear. On January...

Two Christian students have asked the U.S. Supreme Court to review a lawsuit against a Georgia College, claiming that the college’s speech zone and speech code...

Yesterday, the D.C Court of Appeals issued its decision in Michael Mann’s defamation case against us and the Competitive Enterprise Institute. The court...

A college that fired its sustainability director over a satirical social media post urging Iran to bomb American cultural sites lands in the upper echelon of...

There are times when vitally important stories lurk behind the headlines. Yes, impeachment is historic and worth significant coverage, but it’s not the only...