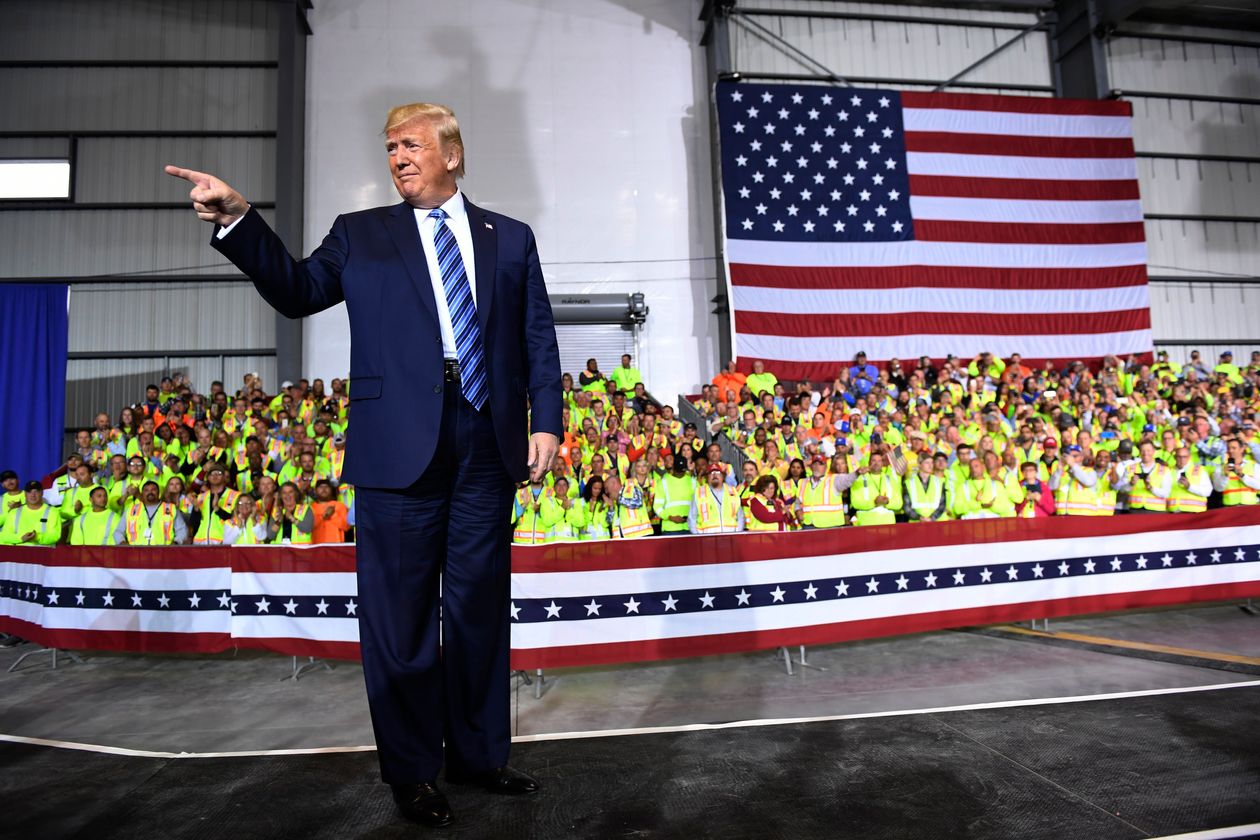 The president projects optimism about the economy and his re-election chances, but his advisers are watching markets closely.

President Trump has made the strong economy the central selling point of his presidency, and his advisers believe it is the key to winning a second term.

But this week’s damaging economic developments—resulting in fresh warnings of a possible impending recession—threaten to complicate that message 14 months before the election.

Mr. Trump and his advisers say publicly they aren’t worried. White House officials add that Mr. Trump—even as he continues to heap...

NEWS
Jobs Are Starting to Come Back, But Bankruptcies Are Soaring
New York Magazine

Go ad-free!   About these ads
More news about Economy and Jobs
https://www.wsj.com/articles/any-economic-downturn-could-scramble-trumps-2020-strategy-11565898073

Jobs Are Starting to Come Back, But Bankruptcies Are Soaring

Roughly 2.1 million Americans lost their jobs last week, according to Labor Department data. In this economy, that qualifies as good news. Yes, 2.1 million...

Americans continue clamoring for aid as a fight has broken out in Washington about whether to renew expanded benefits past July President Trump and top...

The Congressional Budget Office on Tuesday released its economic projections for the remainder of 2020 and for 2021. “CBO estimates that real (inflation-...

The Case for Reopening Economies by Sector
ANALYSIS

The greatest challenge we face in the current crisis is striking the right balance between preventing not only the damage inflicted by Covid-19 but also that...

A total of 2,981,000 more Americans filed for unemployment insurance last week, bringing the total number of jobless claims filed amid the coronavirus pandemic...

When the novel coronavirus began spreading rapidly throughout the U.S. in late March, 42 states and Washington, D.C., issued stay-at-home orders that shuttered...

First-time claims for unemployment benefits totaled 2.1 million last week, the lowest total since the coronavirus crisis began though indicative that a...

This may be ‘the sharpest and shortest recession in history’: Market analysts on what to watch now

The market appears to be at a make-or-break juncture. Stocks rose in volatile trading Wednesday as Wall Street applauded the partial reopening of the U.S....

The slow reopening in liberal states will hurt the national recovery. The state lockdowns are starting to ease and the U.S. economy should slowly begin to...

The number of jobless workers who applied for unemployment benefits last week was 2.4 million, the Labor Department reported Thursday. Economists had...

As investors navigate the coronavirus recession, the financial crisis a decade ago looms large in their collective memory, with pessimists arguing that the...