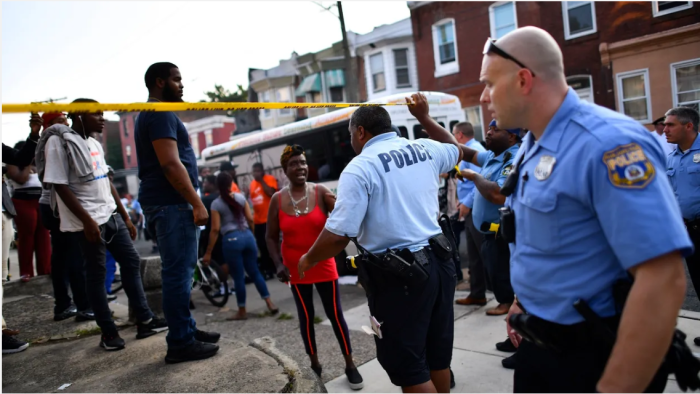 A reporter at the scene of an attack on police officers said that bystanders were mocking and taunting police even as bullets rained down upon them.

Ditch the fake news ==> Click here to get news you can trust sent right to your inbox. It's free!
A video shows a crowd of residents shoving and confronting the police even as they were dealing with a tense hostage situation.

It was circulated online among many supporters of law enforcement who expressed outrage at their treatment.

NEWS
Breonna Taylor
The Flip Side

A grand juror in Breonna Taylor’s case has filed a motion demanding the full release of transcripts and records from the secret proceedings. “The full story...

The Proud Boys claimed that they would bring legions of dedicated patriots to the city of Portland, Oregon, in a powerful show of strength against their anti-...

The truth about violent crime in American cities, explained in 11 charts
ANALYSIS

Trump speaks of “anarchy and mayhem” in cities. But understanding violent crime is much more complicated than simply looking at numbers. Next week,...

How Portland Became a Nightmare for Democrats
ANALYSIS

For Donald Trump, cities are crime-ridden, infested with rioters and looters, and overseen by liberal mayors who are either absent or complicit—or often both....

A Kentucky grand jury indicted one of the three police officers who were involved in the no-knock warrant that led to the deadly shooting of Breonna Taylor....

Since the outbreak of Black Lives Matter protests a few months ago, there have been various efforts to rehabilitate violence and looting as acceptable and even...