US Congress, Alexandria Ocasio-Cortez, Ted Cruz, Lobbying, Politics
Save for Later
From The Center 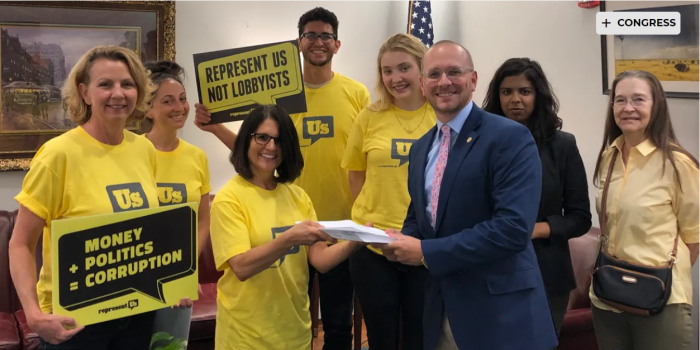 Remember that tweet exchange in May between Sen. Ted Cruz and Rep. Alexandria Ocasio-Cortez, the one where they discussed bipartisan legislation to ban former members of Congress from becoming lobbyists?

To recap: Ocasio-Cortez tweeted her support for legislation banning the practice in light of a report by the watchdog group Public Citizen, which found that nearly 60 percent of lawmakers who recently left Congress had found jobs with lobbying firms. Cruz tweeted back, extending an invitation to work on such a bill. Ocasio-Cortez responded, "Let's make a deal."