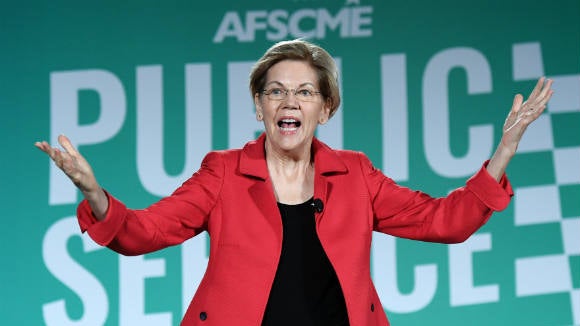 The survey conducted by Change Research on behalf of Crooked Media, a progressive network, found the Massachusetts lawmaker as the top choice of 29 percent of likely Democratic primary voters in the Badger State.

Sen. Bernie Sanders (I-Vt.), at 24 percent, and former Vice President Joe Biden, at 20 percent, were the only other candidates with double-digit support.

Go ad-free!   About these ads
More news about Elections
https://thehill.com/homenews/campaign-polls/457548-warren-leads-field-by-5-points-in-wisconsin-poll