Too gaffe-prone to be president? Biden's blunders prompt fresh scrutiny 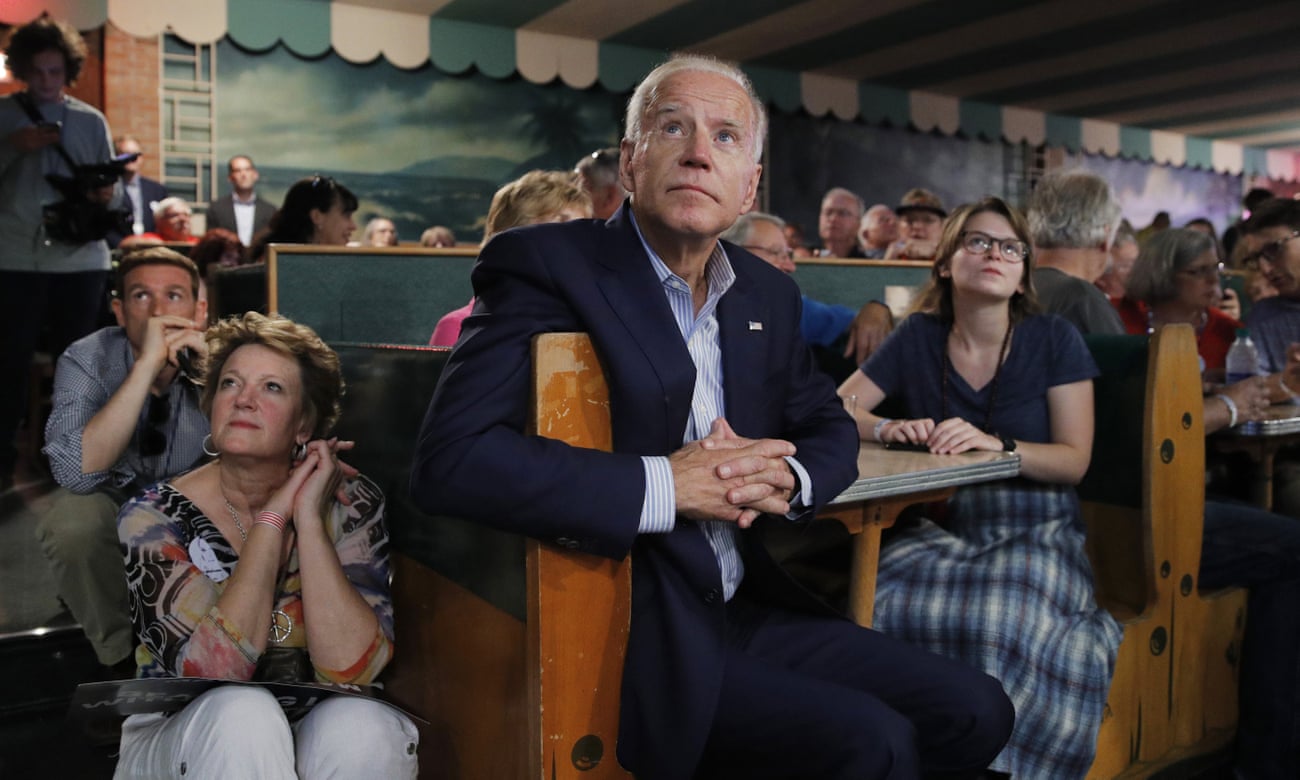 The former vice-president has cultivated a reputation for saying the wrong thing – but has it evolved into a 2020 liability?

Throughout Joe Biden’s decades-long career in politics, he has cultivated a reputation of being gaffe-prone, often stumbling on his words – if not outright saying the wrong thing at the wrong time.

That trait is posing fresh challenges for the 2020 Democratic presidential frontrunner amid a series of recent blunders on the campaign trail.

Some Democrats are now questioning if Biden, whose campaign is centered on the notion of...

NEWS
Sanders Campaign Organizer: Free Education, Gulags Needed To "Re-Educate" You To Not Be A "F*cking Nazi"
RealClearPolitics

Social Security and Medicare Are Not Safe With Joe Biden
OPINION

AHEAD OF THE August 2015 Fox News debate, the company’s chair, Rupert Murdoch, issued a directive to debate moderator Megyn Kelly: The Donald Trump thing has...

Sanders, within striking distance of an Iowa victory, runs into the politics of gender at debate

Sen. Bernie Sanders, sidelined briefly by a heart attack and consistently underestimated by his rivals, has clawed his way into a position that comes as a...

Comedian Dave Chappelle on Tuesday endorsed Andrew Yang’s bid for president, announcing that he will perform two shows in support of the former tech executive...

What time is the January Democratic debate, and what’s at stake for candidates onstage?

The Democratic presidential field is set to have its smallest and potentially most influential debate yet. It could also become among the most contentious if...

Sanders Campaign Organizer: Free Education, Gulags Needed To "Re-Educate" You To Not Be A...

A campaign organizer for Democratic presidential candidate Bernie Sanders warned about mass violence and advocated for the use of gulags for "re-education" in...

“Democrat Cory Booker dropped out of the presidential race Monday.” (AP News) The left notes Booker’s strengths and is surprised that he didn’t make more...

Trump looks to hold New Hampshire rally ahead of primary

President Trump is looking to hold a rally in New Hampshire the day before the state’s first-in-the-nation primary, sources close to his re-election campaign...

Sanders and Warren are splitting up. That’s a good thing
OPINION

In the hours before Sens. Elizabeth Warren and Bernie Sanders were set to take the final debate stage before the Iowa caucuses in February, what began as a...