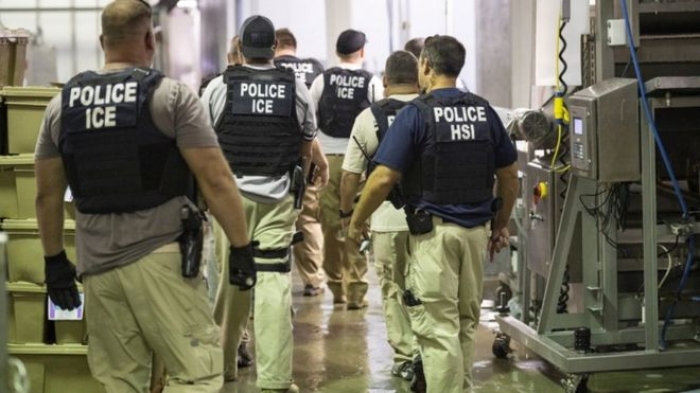 Bullets fired at US Immigration and Customs Enforcement (ICE) offices in Texas were a "targeted attack" against federal employees, the FBI has said.

Several shots were fired at around 03:00 local time (08:00 GMT) on Tuesday at the offices in San Antonio.

Two neighbouring buildings came under fire, but no injuries were reported, the FBI said in a statement.

The FBI said it was "reviewing surveillance footage" as part of its investigation into the shootings.

No arrests have been made and investigators are looking for suspects, according to US media...

Three police officers in Wilmington, N.C., have lost their jobs after the discovery of one of them saying in a video recording that it would take a civil war...

As we consider what role monuments play in our culture, I’d ask us to listen to the words of James Baldwin from the film I made on the Statue of Liberty. That...

The father of a teenager shot and killed near the Capitol Hill Occupied Protest in Seattle, Washington, says the mayor has not called him at all, but he has...