DHS in a ‘Mad Scramble’ to Catch Up With Domestic Terror 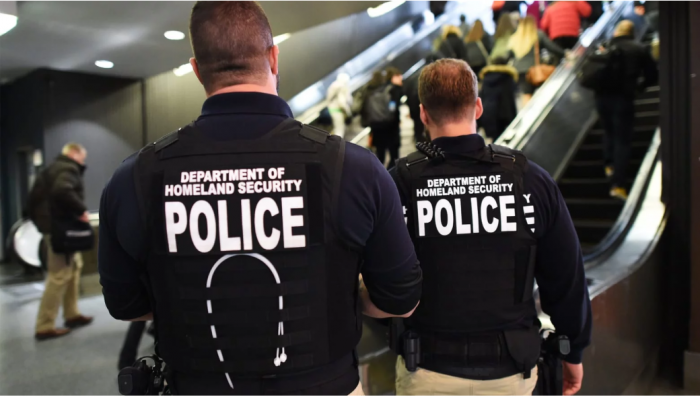 It wasn’t that long ago that senior Department of Homeland Security officials shied away from focusing on domestic terrorism, often fearing political backlash.

The White House pushed the sprawling department to focus overwhelmingly on immigration enforcement, at the expense of just about everything else. DHS veterans told reporters that white supremacist terror was the FBI’s issue, not theirs. When a DHS analyst warned of far-right violence in 2009, congressional Republicans

In early July the Department of Homeland Security withheld publication of an intelligence bulletin warning law enforcement agencies of a Russian scheme to...

The top two officials at the Department of Homeland Security, acting Secretary Chad Wolf and Ken Cuccinelli, the senior official performing the duties of...

An intelligence analyst at the US Department of Homeland Security (DHS) has said he was put under pressure to downplay the threat of Russian interference in...

The House Intelligence Committee received a whistleblower complaint claiming Trump administration officials at the White House and the Department of Homeland...