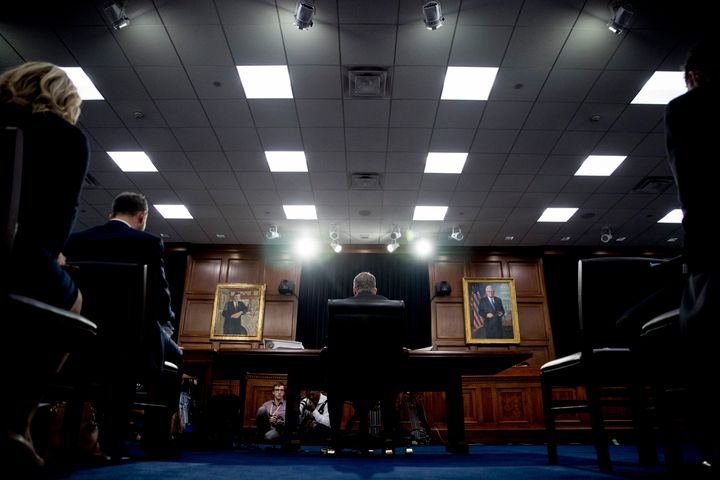 The Department of Homeland Security officially published a change to what’s known as the “public charge” rule on Monday that would make it much harder to apply for a green card or earn a visa. The new policy, which is set to go into effect in mid-October, expands the definition of what would make an applicant likely to become a “public charge,” someone who the government has deemed would be dependent on it, thus rendering them ineligible for legal permanent residency status.

NEWS
To reunite a family kept apart, a wedding on a cross-border bridge
Christian Science Monitor

The Trump administration is reportedly sending armed and highly trained law enforcement units to sanctuary cities across the country to support US Immigration...

Administration to Divert Billions From Pentagon to Fund Border Wall

WASHINGTON — The Pentagon plans to divert $3.8 billion intended for military equipment to the construction of a wall at the southwestern border, it informed...

CONTRACTORS WORKING FOR the Trump administration are blowing apart a mountain on protected lands in southern Arizona to make way for the president’s border...

Two Gay Immigrants Left Everything For Safety In The US. Instead, They Were Sent To Guatemala.

Sitting in a jet streaming toward Guatemala, watching the landscape shift below, Pablo replayed the scenes that had led to this moment. He recalled the day he...

ICE Is Now Fingerprinting Immigrants As Young As 14 Years Old

Immigration and Customs Enforcement officials have begun fingerprinting unaccompanied immigrant children over the age of 14 who are not in their custody but...

To reunite a family kept apart, a wedding on a cross-border bridge

The year-old “Remain in Mexico” policy has created a new kind of family separation. Some committed couples are getting legally married at the border to try to...

WASHINGTON—The Trump administration has bought access to a commercial database that maps the movements of millions of cellphones in America and is using it for...

“Women to One Side, Men to the Other”: How the Border Patrol’s New Powers and Old Carelessness...

Mirza had a sense of foreboding soon after she crossed into the U.S. with her two children and their father, David. A Border Patrol agent ordered the family...

On Monday, “a divided Supreme Court granted the Trump administration’s request for permission to enforce a rule known as the ‘public charge’ rule, governing...

Law enforcement in San Francisco will no longer be cooperating with Immigration and Customs Enforcement, per a directive by San Francisco’s newly elected...

ASKING NEITHER FORGIVENESS NOR PERMISSION: In an audacious challenge to legislative branch’s power of the purse, the Trump administration has notified Congress...

The Pentagon Is Shifting $3.8 Billion In Funds To Support Border Wall Construction

The Trump administration announced that it is reallocating $3.8 billion in weapons programs to support construction of the U.S.-Mexico border wall, upsetting...

Mark Morgan, the acting Acting Customs and Border Patrol (CBP) Commissioner, said that the number arrests of migrants trying to cross the Southern border has...