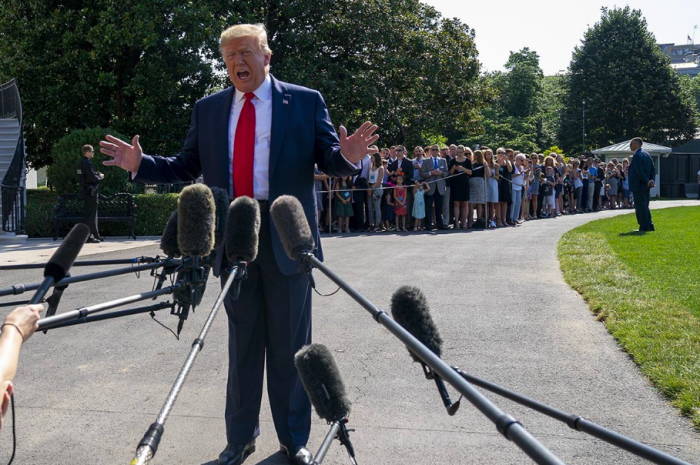 Donald Trump’s push to restrict immigration is clashing with policy goals in ways that detractors and even some supporters say could hurt his 2020 reelection bid.

It’s happened, they note, on everything from Trump’s effort to weaken Iran’s Islamist regime, to his attempts to strike a trade deal with Mexico, to his push to oust Venezuelan strongman Nicolas Maduro. And it could happen on gun control, if Trump tries to wed expanded background checks with an immigration overhaul.

HOUSTON — A federal judge on Friday ordered the release of children held with their parents in U.S. immigration jails and denounced the Trump administration’s...

At the height of the ongoing pandemic, the Trump Administration continues to weaponize COVID-19 against the immigrant community, using the Centers for Disease...

What’s the future for Dreamers?

The Supreme Court has narrowly blocked the Trump administration’s bid to end the Deferred Action for Childhood Arrivals (DACA) program. The Obama-era policy...

Immigrant Teens Left Out When Trump Ended DACA Are In Limbo After Supreme Court Ruling.

Young immigrants across the country were elated after the Supreme Court’s favorable ruling Thursday for DACA, the program that temporarily shields about 650,...

Officials with the American Federation of Government Employees (AFGE), the largest federal employee union in the country, said Tuesday that more than 13,000...

President Donald Trump visited a section of the U.S.-Mexico border in Yuma, Arizona, to celebrate the 200th mile of the newly built border wall. “I’m...