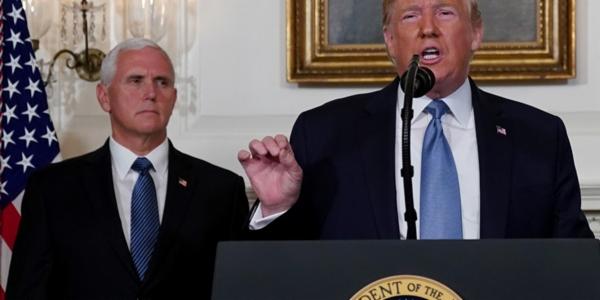 President Donald Trump will visit the cities where this weekend's mass shootings took place, according to news reports.

El Paso, Texas Mayor Dee Margo said at a news conference Monday the president will visit the city Wednesday, and Federal Aviation Administration adviseries suggest Trump will be in Dayton on the same day.

Margo, a Republican, has been a critic of Trump and earlier this year would not meet with him while he was in El Paso.

But he said Monday he would meet with him under his capacity as mayor...

NEWS
Should Teachers be Armed?
The Thread

Jussie Smollett is facing charges again in Chicago stemming from his claim last year that he was the victim of a racist and homophobic attack. The Cook County...

An Arizona man indicted in October for threatening to kill Rep. Adam Schiff (D-Calif.) told police he was likely reacting to a Fox News segment when he left...

COMMERCE, Texas (AP) — Two women were killed and a child was wounded in a shooting Monday morning at a university dormitory in Texas, officials said. A...

A New Hampshire mother says her son is “traumatized” after a man apparently “triggered” by the 15-year-old’s “Make America Great Again” hat slapped him across...

The man who allegedly drove his van through a Republican voter registration tent in Florida did so because he dislikes President Donald Trump, according to a...

A videographer tried filming Portland Antifa militants who'd gathered Saturday to protest a Ku Klux Klan rally — which turned out to be canceled — and was soon...

Authorities at Arizona State University are investigating a video apparently recorded on campus that shows a man screaming, “Slash Republican throats!” “We...