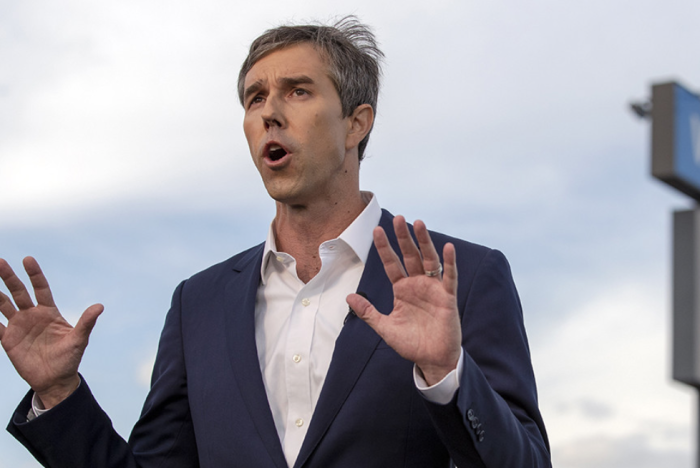 Former Texas Congressman Beto O’Rourke said Sunday that the blame for a mass shooting in his hometown of El Paso the day before falls on President Donald Trump and his rhetoric about minorities, accusing the president of “encouraging” such acts of violence. In addition to shoring up gun control laws, the Democratic presidential candidate said in an interview on CNN’s “State of the Union”: “We have to acknowledge the hatred, the open racism that we're seeing," adding that "there is an environment of it in the United States.”

Trump Tells Black Voters That Democrats Take Them for Granted

President Donald Trump appealed to Black Americans to help re-elect him, telling them in a speech Friday that Democrats -- whom African Americans are poised to...

WASHINGTON (AP) — President Donald Trump and his GOP allies are playing loose with the facts when it comes to a successor for the late Justice Ruth Bader...

Biden, Facing Voters in a 2020 Rarity, Attacks Trump From a Battleground State

Joseph R. Biden Jr. faced his first sustained questioning from voters as the Democratic presidential nominee on Thursday, as Pennsylvanians pressed him on...

The big media event of the week — well, as far as we know as of now — is Tuesday night’s presidential debate. Fox News’ Chris Wallace will moderate the first...

On Friday, President Trump unrolled what he refers to as a “platinum plan” for Black America, calling for increased investment in Black businesses and...

Trump tweeted that he would be “strongly demanding” a drug test for both candidates ahead of the debate, calling Biden’s past performances “uneven, to put it...

President Trump’s plan for Black America designates the KKK and Antifa as terrorist organizations and calls for making lynching a national hate crime, while...

Subscribe today to the Washington Examiner magazine and get Washington Briefing: politics and policy stories that will keep you up to date with what's going on...

Joe Biden praised the idea of incorporating fact-checkers into the presidential debates, but those desperately needed fact-checkers were nowhere to be found at...