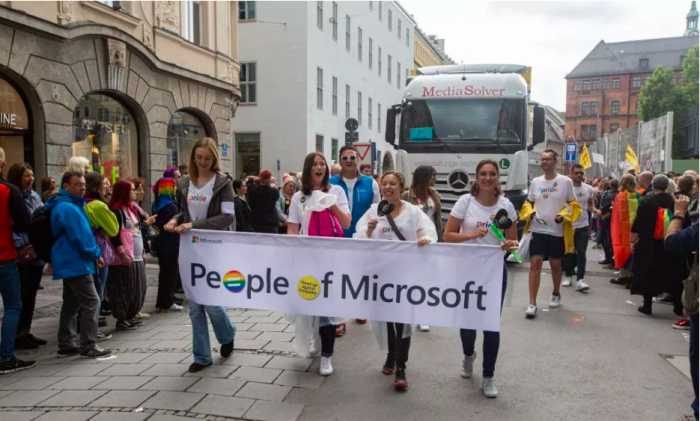 Microsoft has suspended its political action committee giving to reassess its donation criteria after a pro-LGBTQ grassroots group launched a campaign to urge it and other companies to stop bankrolling anti-LGBTQ extremists. These companies would otherwise have a laudable pro-equality track record of conduct and spending.

The group, Zero for Zeros, just released its third and final list of companies it hopes to pressure to follow Microsoft’s lead.

NEWS
Should minors be allowed to go through irreversible gender reassignment procedures?
Kialo

NEWS
The Dangers of the Equality Act
The Heritage Foundation

Trump campaign advisor Jenna Ellis, an anti-LGBTQ extremist with ties to a hate group, came out swinging on behalf of Christian nationalism during a campaign...

In interviews with 40 LGBT+ people and three heterosexual men as well as various caseworkers and humanitarian organisation representatives, the Human Rights...

Colorado has become the 11th US state to outlaw the horrifying ‘gay panic’ legal defence used to justify the murder of LGBT+ people. The controversial legal...

The House adopted by voice vote an amendment to the fiscal 2021 Defense appropriations bill Thursday that would effectively bring an end to the Trump...

The text of a proposed Trump administration rule allowing homeless shelters to place transgender people by the gender assigned to them at birth includes...

A transgender man last week filed a lawsuit against a Catholic-run hospital in Maryland, citing in his complaint June's landmark Supreme Court decision on...