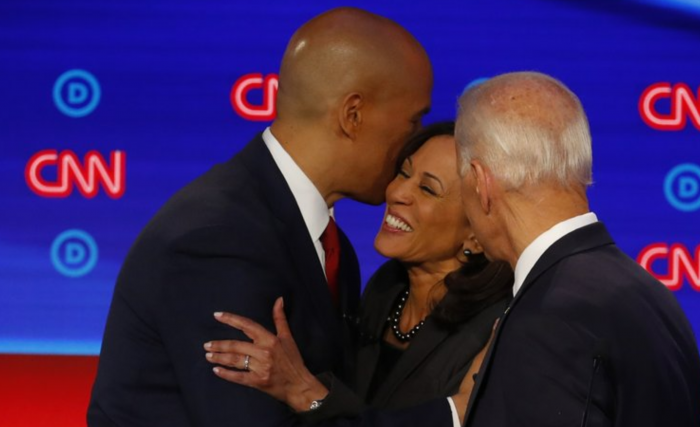 From the beginning, Joe Biden knew he would take heat at Wednesday’s presidential debate . He was right — but he was not alone.

The evening marked some of the toughest attacks California Sen. Kamala Harris has faced as a candidate. The exchanges were part of a broader ideological fight for the future of the Democratic Party.