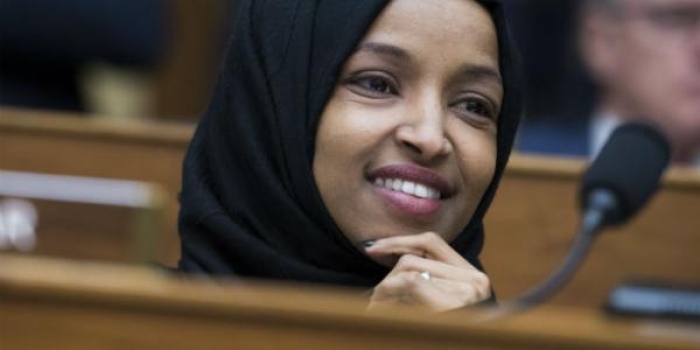 Shurat HaDin, a Tel Aviv-based law center, is seeking to bar Rep. Ilhan Omar, D-Minn., from entering Israel over her support for boycotts of the nation, The Times of Israel is reporting.

The center said it asked the Jerusalem District Court on Tuesday to demand the Interior Minister’s office exercise its power to deny her entry when she arrives for an upcoming tour.

The newspaper noted Omar has introduced a bill championing the right of U.S. citizens to boycott foreign nations.

NEWS
What is the best "solution" to the Israel/Palestine conflict?
Kialo

Israeli Prime Minister Benjamin Netanyahu traveled in secret Sunday to the city of Neom on Saudi Arabia's Red Sea coast for a meeting with Crown Prince...

Secretary of State Mike Pompeo is planning to visit the Golan Heights and an Israeli settlement in the West Bank next week, both firsts for a U.S. secretary of...

Prime Minister Benjamin Netanyahu went to Saudi Arabia on Sunday where he met with US Secretary of State Mike Pompeo and Crown Prince Mohammad bin Salman,...