5 things we learned from the Detroit Democratic debates 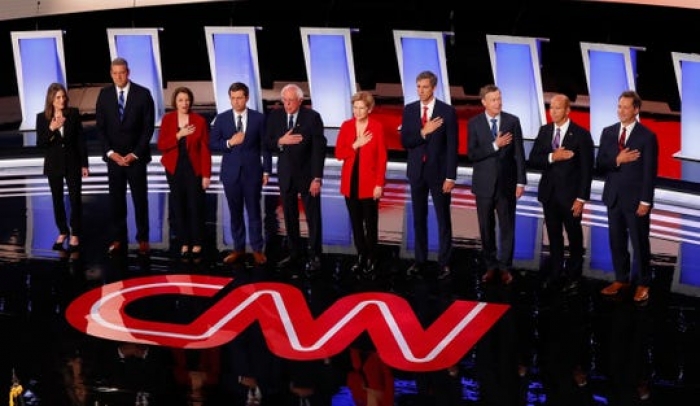 The Detroit Democratic presidential debates are in the books.

Joe Biden showed some fight. Elizabeth Warren and Bernie Sanders defended their similar progressive worldviews from low-polling moderates who warned of “Fairy tale promises” and “wish-list economics.” And author Marianne Williamson, while still a fringe candidate, earned plenty of kudos (and Google searches) for some of her answers on reparations for slavery and environmental justice.

Here is what else we learned from two nights of the Detroit debates.

Read full story
Some content from this outlet may be limited or behind a paywall.
2020 Election, Detroit, Democratic Party, Democratic Debate, candidates, Elections