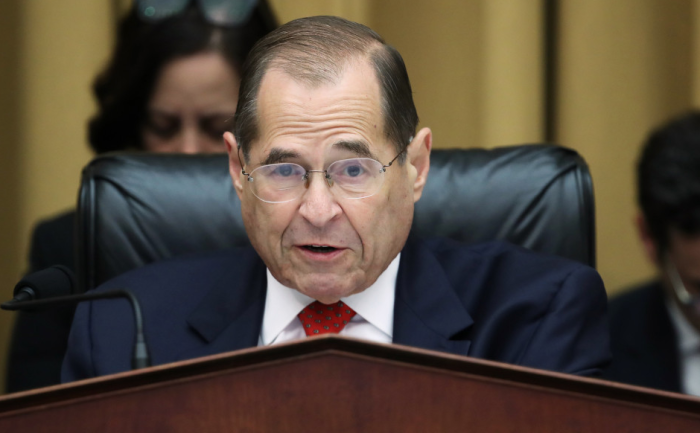 Rep. Jerrold Nadler on Sunday defended Robert Mueller’s testimony to two congressional panels last week about his Russia investigation, but a new poll shows his appearance failed to move the needle on whether President Trump should be impeached.
“I think it was very important that he testified,” the New York Democrat told ABC’s “This Week.” “He broke the lie that the president and the attorney general have been saying to the American people.”

MOSCOW — Russian President Vladimir Putin appeared to have secured his political future on Wednesday with 78 percent of votes counted supporting a...

The former deputy attorney general Rod J. Rosenstein defended during congressional testimony on Wednesday his decision to appoint a special counsel for the...

In early May a classified CIA update for officers across U.S. intelligence agencies and others with security clearance reportedly cited evidence of a Russian...

Former Trump Deputy Attorney General Rod Rosenstein on Wednesday offered lawmakers a limited defense of the Russia investigation he oversaw, as he came under...

Russia asks for 18-year sentence for American accused of spying

Russian prosecutors on Monday requested an 18-year sentence in a maximum security prison for former U.S. Marine Paul Whelan, who was accused of spying, his...

Russian President Vladimir Putin is inching closer to seizing president-for-life status in Moscow, despite a lowered approval rating in recent months and a...

Former Deputy Attorney General Rod Rosenstein testified Wednesday that he would not have signed a Foreign Intelligence Surveillance Act warrant renewal for...