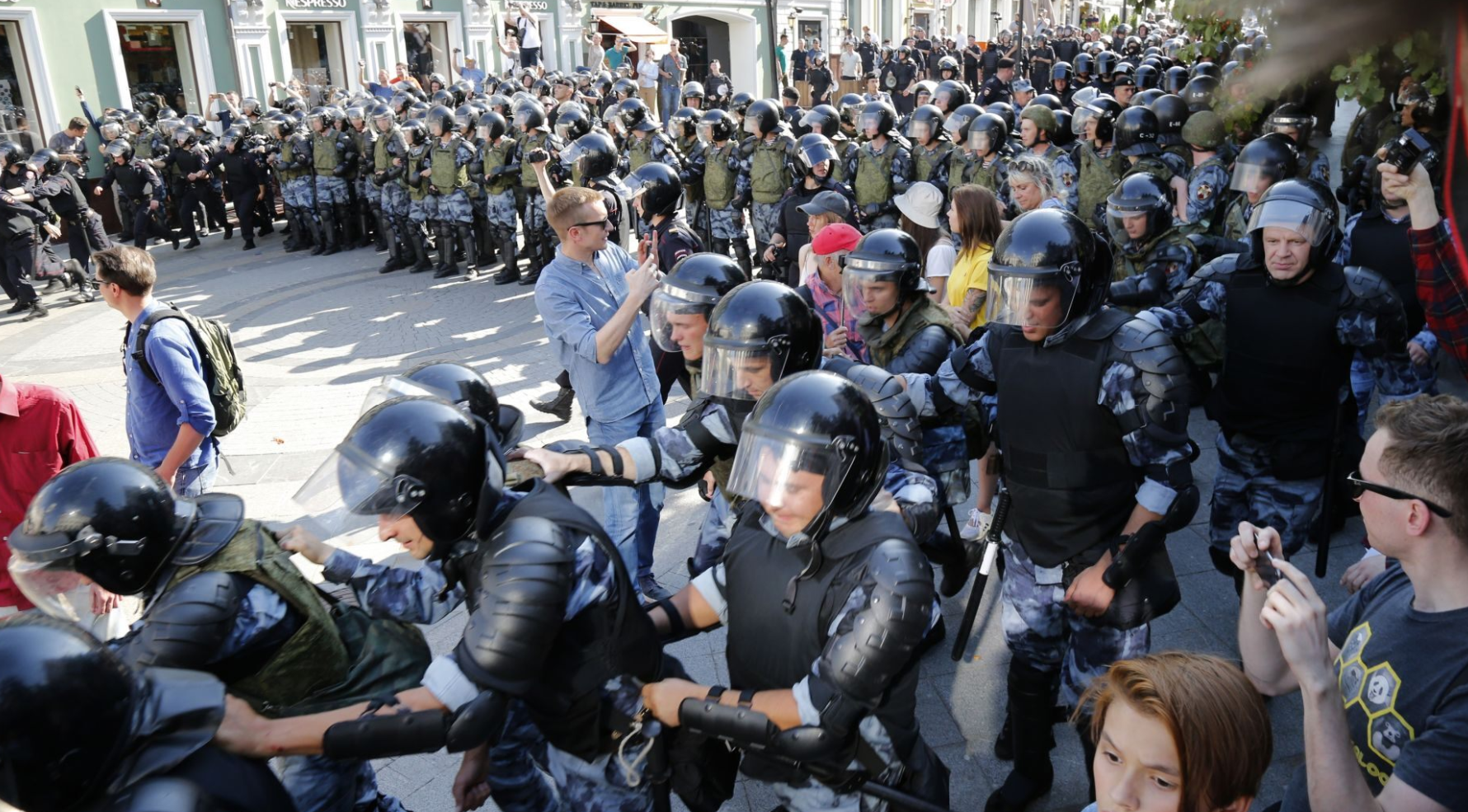 Police in Moscow arrested more than 750 people during a demonstration outside city hall on Saturday, where they were calling for fair elections after the upcoming city council elections on Sept. 8 excluded opposition candidates from being on the ballot, according to a Russian organization that monitors political arrests.

OVD-Info said 779 people were detained. Moscow police earlier said 295 people had been taken in, but did not immediately give a final figure.

NEWS
'A Bloodless Revolution.' Putin’s Plan to Rewrite Russia’s Constitution Could Allow Him to Lead for Years to Come
Time Magazine

A probe by Attorney General William Barr into the origins of the Russia investigation has changed from an administrative review into a criminal investigation,...

On Dec. 29, 2016, the Obama administration announced that it was giving nearly three dozen Russian diplomats just 72 hours to leave the United States and was...

Former Trump campaign aide Rick Gates was sentenced to 45 days in jail — to be served on weekends — on Tuesday in a Washington, D.C. federal court. Why it...

The Inspector General’s Report on the Russia Investigation

Rarely has a made-for-TV drama been such bad TV. The much-anticipated Robert Mueller hearings that were supposed to catalyze the impeachment drive against...