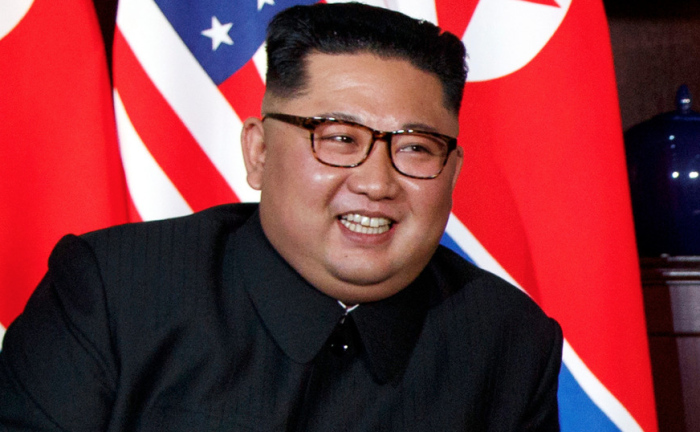 North Korea has allegedly been busy making 12 new nuclear weapons since the first summit between President Trump and Kim Jong Un in Singapore last June.
Experts from the US Defense Intelligence Agency came to that conclusion after analyzing satellite imagery that showed activity at the North’s nuclear sites had ramped up since the historic meeting, according to the Wall Street Journal.

N Korea fires more missiles than ever amid coronavirus pandemic

North Korea has fired two suspected ballistic missiles into the ocean off its east coast - according to South Korea and Japan - the latest in a flurry of...

Before President Donald Trump even said "good morning" in a televised address responding to Iran's strikes on U.S. targets, he announced, "As long as I am...

Iran pulling out of nuclear deal commitment after U.S. strike that killed Soleimani

Iran said Sunday that it was ending its commitment to limit enrichment of uranium as part of its 2015 nuclear deal with world powers, more fallout from the U.S...

Tehran warns time is running out to save Iran nuclear deal

Iran has stated itis now capable of raising uranium enrichment past the 20% level and, while it has no immediate plans to do so, the clock is ticking towards...

President Donald Trump claimed to journalist Bob Woodward that he had overseen the creation of a new U.S. nuclear weapons system, saying, “We have stuff that...

Is the world on the brink of another nuclear arms race?

The Japanese city of Nagasaki held a somber ceremony on Sunday to mark the 75th anniversary of the U.S. atomic bombing that killed 70,000 people in the waning...

The ultimate high ground: Russia and US try to set rules for space weapons

Russian and U.S. negotiators met in Vienna this week to discuss a danger that has become increasingly urgent in recent years: how to curb the militarization of...

This Abridge News topic aggregates four unique arguments on different sides of the debate. Here are the quick facts to get you started: THE QUICK FACTS North...

With the world caught in the throes of the coronavirus pandemic, the global threat that much of the international community once worried about most – the...

Iran to abandon nuclear deal and step up uranium enrichment

Iran announced it would no longer abide by any limits on its enrichment of uranium in what could be the final blow to the country's 2015 nuclear deal....