Iran Says It Will Execute Group of Alleged CIA-Trained Spies

Iran, CIA, executions, Middle East
Save for Later
From The Left 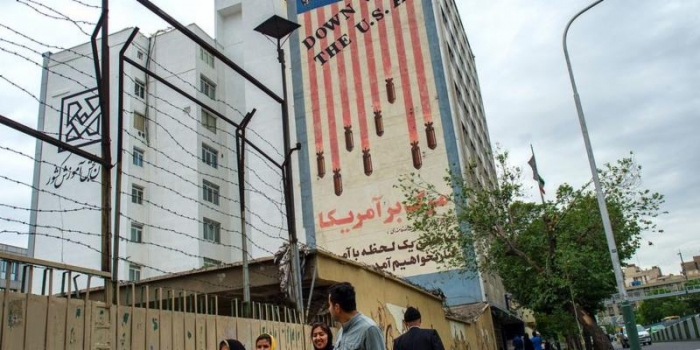 Iran, locked in a worsening political standoff with Western powers, has handed down death sentences to several nationals accused of being part of a CIA-trained spy network uncovered earlier this year, an official said on Monday.

U.S. President Donald Trump denounced the Iranian report as “totally false” on Twitter Monday. “Just more lies and propaganda (like their shot down drone) put out by a Religious Regime that is Badly Failing and has no idea what to do,” Trump said. Beyond that, an administration official said the White House doesn’t comment on intelligence activities.

In Tehran, a senior intelligence official told foreign media that 17 people had been arrested. None of the suspects are dual nationals, according to the official, who declined to be identified and didn’t say how many were sentenced to death.

The announcement marks a show of force by Iran at a time of turbulent ties with the U.S. after the Trump administration withdrew from the 2015 nuclear accord with the Islamic Republic and reimposed crippling sanctions on its economy.

The friction was made worse by a diplomatic crisis between Iran and the U.K., which seized an Iranian oil tanker in Gibraltar earlier this month, saying it carried oil bound for Syria in violation of United Nations sanctions. Iran responded by holding a British tanker on Friday near the Strait of Hormuz, a shipping chokepoint through which about 40% of the world’s seaborne oil travels.

Asked about Iran’s arrest of spies Monday on Fox News, U.S. Secretary of State Michael Pompeo said that Iran “has a long history of lying.” Iran’s announcement about the arrests is “further evidence of the outlaw nature of the Iranian regime,” he added.

Iran has also accused Trump and his administration of lying about its operations related to Iran, including U.S. statements that it brought down an Iranian drone last week.

The Iranian Intelligence Ministry has detected an uptick in U.S. efforts to recruit spies in Iran since Trump’s election in 2016 and the appointment of Gina Haspel as director of the CIA last year, the Iranian official said. He said the CIA had worked with a number of countries in Europe and in Asia in establishing the spy network inside Iran.

Read full story
Some content from this outlet may be limited or behind a paywall.
Iran, CIA, executions, Middle East