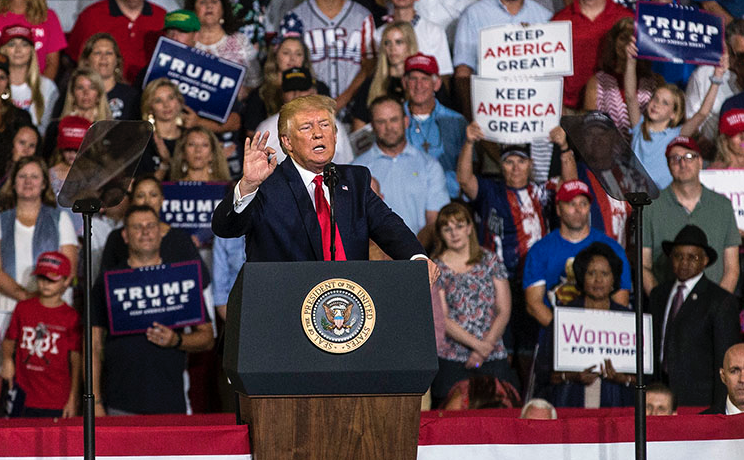 President Donald Trump’s recent attacks on four first-term lawmakers – all women of color – triggered an impassioned response from House Democrats, who overwhelmingly backed a House resolution condemning the president’s remarks. This is just the latest chapter in a long-running debate over what language is appropriate in political debates in the United States. A recent Pew Research Center survey examined Americans’ attitudes about this topic, including Trump’s impact on political discourse and the potential risks from incendiary rhetoric from elected officials