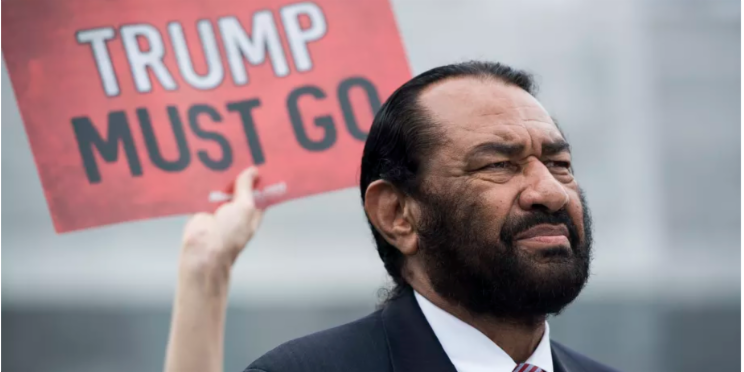 Most Democrats in the House of Representatives joined every Republican to prevent a vote on impeaching President Donald Trump Wednesday.

But the House did not directly vote on whether Trump should be impeached. The vote was instead about whether Green’s impeachment resolution should be set aside (“tabled”), as leaders of both parties wanted.

A “yea” vote meant shelving impeachment for now (though...

Democratic Rep. Eric Swalwell, in an interview Wednesday, would not rule out a new impeachment effort against President Trump over his alleged interference in...

Tucker Carlson: Criminals would be protected from deportation under bill AOC and other House...
OPINION

At this moment there is a bill pending in Congress called the New Way Forward Act. It’s received almost no publicity, which is unfortunate as well as revealing...