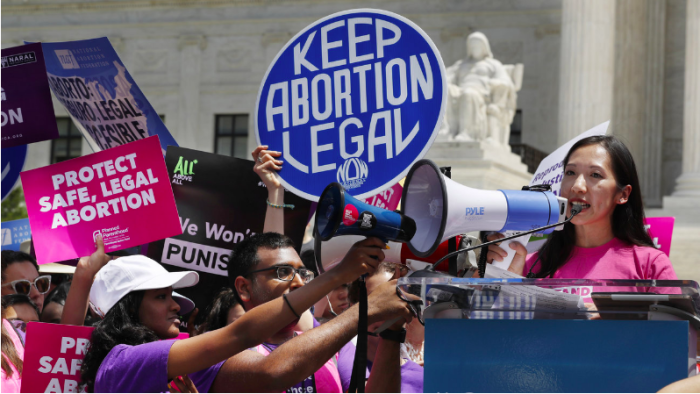 Planned Parenthood's President Leana Wen was removed from the position on Tuesday after less than a year on the job.

In a statement on Twitter, Wen said the decision was made during a "secret meeting."

"I am leaving because the new Board Chairs and I have philosophical differences over the direction and future of Planned Parenthood," Wen said in a statement on Twitter.

NEWS
Amy Coney Barrett: what will she mean for women's rights?
The Guardian

Amy Coney Barrett: what will she mean for women's rights?
ANALYSIS

Ruth Bader Ginsburg was revered, a pioneering champion of gender equality. Her potential replacement on the supreme court threatens a systematic unraveling of...

We Need to Save Abortion Rights. But Roe Isn’t Enough—and RBG Knew It.
ANALYSIS

Supreme Court Justice Ruth Bader Ginsburg wanted more for women. While everyone has been screaming about Roe v. Wade since her death Friday night, it’s...

Ruth Bader Ginsburg used to instruct her clerks to get it right and keep it tight, so I’ll try to do the same. Only someone so stubborn and single-minded,...

President Donald Trump has made looting and law and order a centerpiece of his re-election campaign. Setting aside temporarily the coded racial implications of...

Former model Amy Dorris alleged in a new interview that President Donald Trump sexually assaulted her at the U.S. Open tennis tournament in New York in 1997 by...

U.S. President Donald Trump said on Tuesday that he will posthumously pardon American social reformer and women’s rights activist Susan B. Anthony who was...

How two Nigerian women are breaking into comedy’s boys club

In a brightly colored sitting room somewhere in Nigeria, a couple and their teenage daughter are gathered comfortably in front of the television, watching a...

Top Democrats demanded answers Tuesday after a whistleblower nurse filed a complaint claiming that an immigration detention center was performing an...

You know the quote attributed to Karl Marx, "History repeats itself, first as tragedy, then as farce." This could not apply more to the "MeToo" movement,...

Trump: Susan B. Anthony to get posthumous pardon

President Trump announced Tuesday morning he will give a posthumous pardon to Susan B. Anthony, one of history's biggest figures in the women's suffrage...