Pledge Of Allegiance, Minnesota, City Council, Politics
Save for Later
From The Right 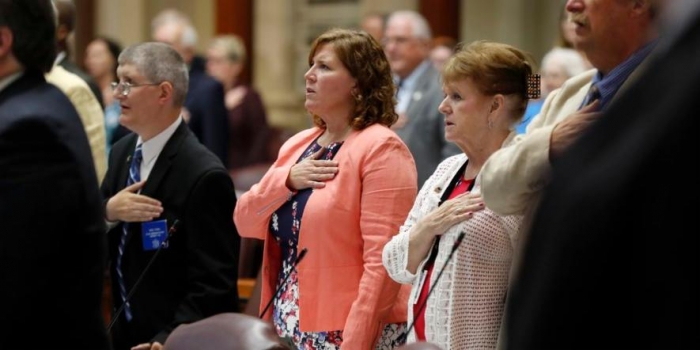 A Minneapolis suburb that had voted to stop reciting the Pledge of Allegiance at most meetings suddenly reversed itself Monday evening.

According to the Star-Tribune and other Minnesota news outlets, the St. Louis Park City Council made the move after a national backlash including criticism from President Trump.

More than 100 protesters attended Monday night’s council meeting, taking up all the chamber’s seats and spilling into the outside hallway, where people were chanting “USA! USA!” and singing the national anthem, the Star Tribune reported.

The council hadn’t had the pledge...

Read full story
Some content from this outlet may be limited or behind a paywall.
Pledge Of Allegiance, Minnesota, City Council, Politics