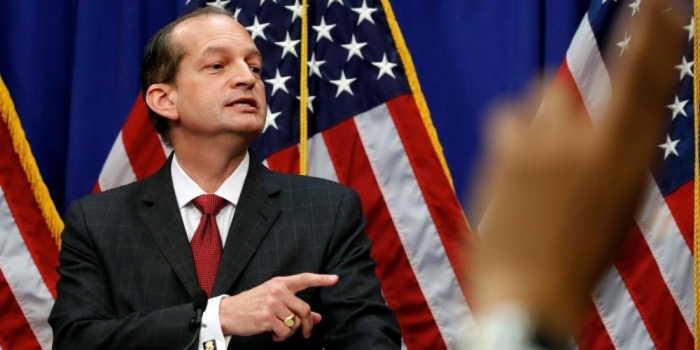 President Donald Trump says Labor Secretary Alexander Acosta is stepping down following criticism of his handling of a plea deal with a wealthy financier Jeffrey Epstein, who is accused of sexually abusing dozens of underage girls.

Trump announced the news with Acosta by his side at the White House as Trump left on a trip to the Midwest.

Acosta says stepping aside was the right decision.

He was the U.S. attorney in Miami when he oversaw a 2008 nonprosecution agreement with Epstein. Epstein avoided federal charges and served 13 months...

Former Trump campaign manager Brad Parscale was hospitalized Sunday night after reportedly barricading himself in his home and threatening to commit suicide,...

Attorney General William Barr went after Democrats this week on a range of issues, including rumors that President Trump would attempt to stay in office if he...