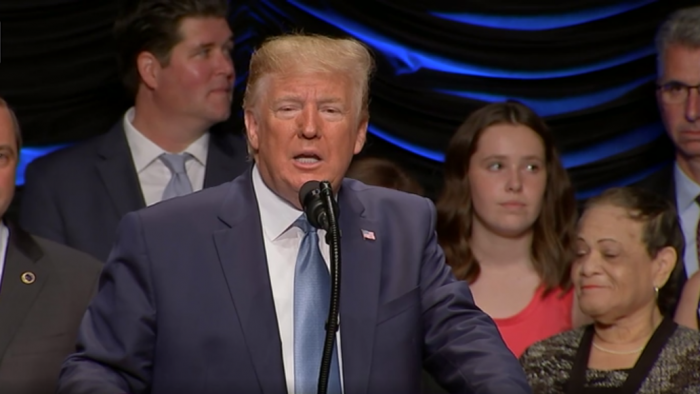 (CNN) On Wednesday, President Donald Trump signed an executive order aimed at transforming kidney care for the more than 37 million Americans with kidney disease. The administration said it is the first kidney-focused executive order since the 1970s.

"Today we are taking groundbreaking action to bring new hope to millions of Americans suffering from kidney disease," Trump said. "So many things don't get done in government, but now we are getting them done."

A new Trump appointee to the United States’ foreign aid agency has a history of online posts denouncing liberal democracy and has said that the country is in...

In the 72 hours since the Trump administration used tear gas and other nonlethal force to violently clear Lafayette Square of peaceful protesters before...

Trump: I Was in the Bunker for 'an Inspection'

President Donald Trump told a radio interviewer he wasn’t seeking refuge when he went into the White House underground bunker Friday as protests took place in...