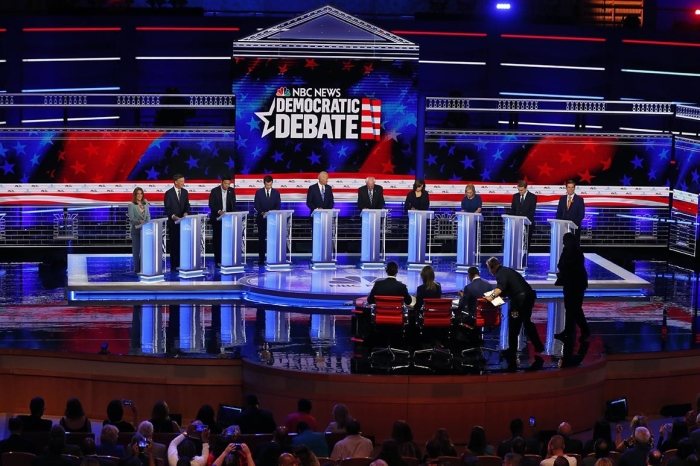 The Democratic presidential candidates went beyond their time limits often and interrupted each other even more.

The 2020 Democratic presidential candidates largely ignored time constraints during the second night of the first primary debate, seeking break out moments and ways to distinguish themselves from the rest of the field.

Biden was involved in most...