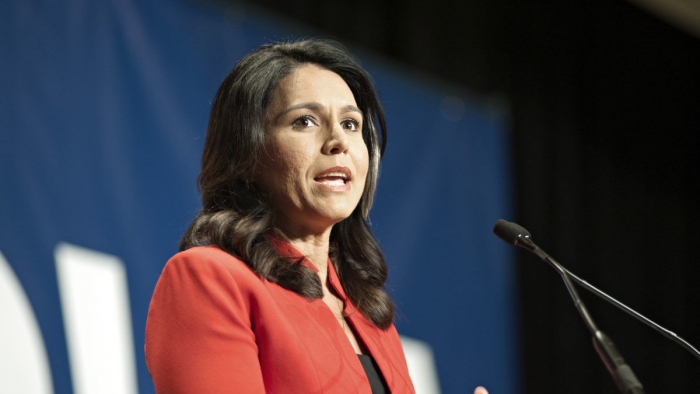 Gabbard has made ending American intervention abroad the defining issue of her campaign.

While the rest of the candidates at the first Democratic debate tonight have been doing their best to out-socialist each other, Rep. Tulsi Gabbard has been trying to keep the country out of war.

When asked whether she would rejoin the 2015 Iran nuclear deal—first negotiated by the Obama administration and withdrawn from by President Donald Trump—Gabbard gave an unequivocal yes, while warning about the dire consequences of war.

"War with Iran would be worse than war...

Read full story
Some content from this outlet may be limited or behind a paywall.
Election 2020, Democrats, Presidential Debates, Tulsi Gabbard, Presidential Elections, Elections