White House, EPA, Environment
Save for Later
Add to My Front Page
From The Left 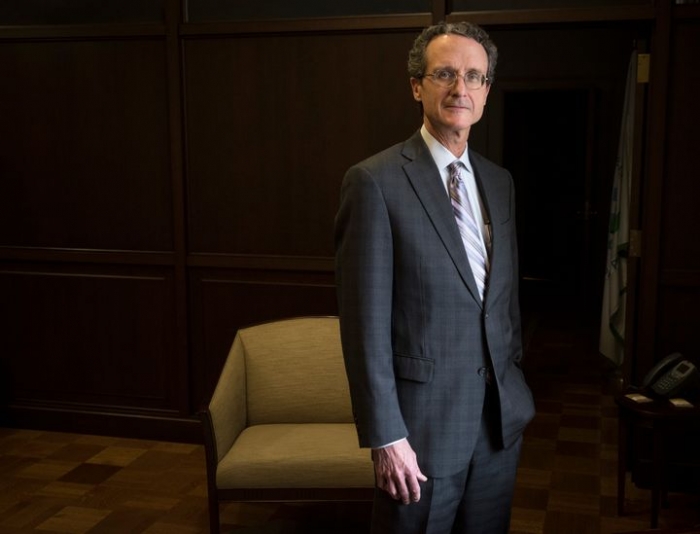 Bill Wehrum, the Environmental Protection Agency’s air pollution chief who oversaw key rollbacks of Obama-era climate regulations, is stepping down amid an ethics probe into his ties to former industry clients.

The EPA announced the departure of its powerful assistant administrator for the EPA’s Office of Air and Radiation in an abrupt press release on Wednesday, indicating that Wehrum had long planned to leave the agency.

NEWS
Could Trump Be ‘Reinstated’ as President in August 2021?
Snopes

Harris safely returns to air base after plane has 'technical issue' while departing for...

Vice President Kamala Harris, who was en route to Latin America on Sunday, safely returned to Joint Base Andrews after her plane had a "technical issue,"...

Appearing in Virginia ahead of Memorial Day weekend, President Joe Biden is expected to tout the state's and the country's "strong progress...

White House principal deputy press secretary Karine Jean-Pierre made history when she stepped behind the podium in the James S. Brady Briefing Room on...

Kayleigh McEnany recently claimed that she never lied in her role as former President Donald Trump's White House press secretary — but a look at her tenure...

Emails from Hunter Biden's laptop show he was instrumental in setting up a consulting deal between a Ukrainian energy company and two Democratic consultants...

Hunter Biden, son of President Joe Biden, used the n-word multiple times in text messages with his white attorney, according to an explosive Tuesday report...

It's all in the family for some well-known members of the Biden administration. White House press secretary Jen Psaki, Secretary of State Antony...

As Democrats face a "make or break" month to pass major legislation to support the president's agenda, they could be thwarted by members of their own...

Biden Fails to Commemorate D-Day. Here's What He Tweeted About Instead.

June 6 marked the 77th anniversary of D-Day, but you wouldn’t know it if you followed any of the White House or President Biden’s social media accounts....