Legal marijuana is coming to Illinois as Gov. Pritzker signs bill he calls an ‘important and overdue change to our state’ 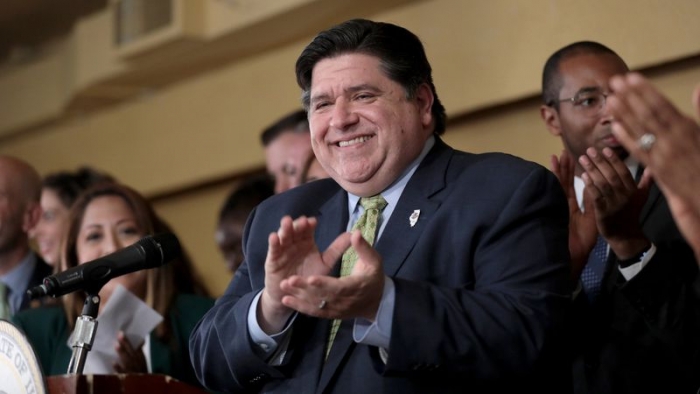 Gov. J.B. Pritzker on Tuesday signed into law a bill that will legalize marijuana in Illinois next year, marking a momentous shift in how the state treats drug use.

The bill will allow the licensed growth, sales, possession and consumption of cannabis for adults 21 and older.

Pritzker called the legislation a “sea change” for Illinois, saying that the war on drugs has destroyed families...

AllSides Media Bias Rating: Center
You agree.
Thank you! Community votes alone don't determine our ratings, but are valuable feedback and can prompt us to do more research.
93775/76721

With a founder who is one of the pot world’s most legendary activists and a board that includes Jim Belushi, Melissa Etheridge and two sons of Bob Marley, the...

The House of Representatives has approved legislation that would decriminalize marijuana and seek to "address the devastating injustices caused by the War on...

Less than a week after an Election Day in which voters in five states approved ballot measures to legalize marijuana in some form, a top leader in the U.S....

Five states will now legalize marijuana for both recreational and medical use. A majority of New Jersey and Arizona residents voted yes on ballot measures...

Between the presidential election, governors’ races, and down-ballot contests, this year’s election features a lot of important choices. Among those, voters in...

A determined political movement to end the war on drugs has taken shape across Europe and North America. Harm reduction advocates say lives can be saved and...

The House of Representatives approved decriminalizing marijuana at the federal level on Friday in the first time Congress has acted on the issue. The vote...

The U.N. Commission on Narcotic Drugs voted to reclassify cannabis Wednesday, taking it off the strict Schedule IV list that includes dangerous and highly...

This election, Americans will once again show their support for marijuana legalization
OPINION

Millions of Americans will head to the polls in the coming days and cast votes on whether or not to legalize the use of marijuana in their states. If past is...

Supporters of ballot measures that would legalize marijuana are pitching cannabis as a new revenue source that can fund schools, roads and even public safety,...

San Francisco Considers $1,000 Fines for People Smoking Tobacco or Cannabis in Their Apartments

San Francisco politicians are considering yet another policy that would harm renters while infringing on property rights: a ban on smoking inside private...

The best CBD products to buy in honor of 4/20

If you’ve been feeling anxiety over current events, it might be time to browse a few soothing CBD products — especially in honor of this week’s cheeky 4/20...