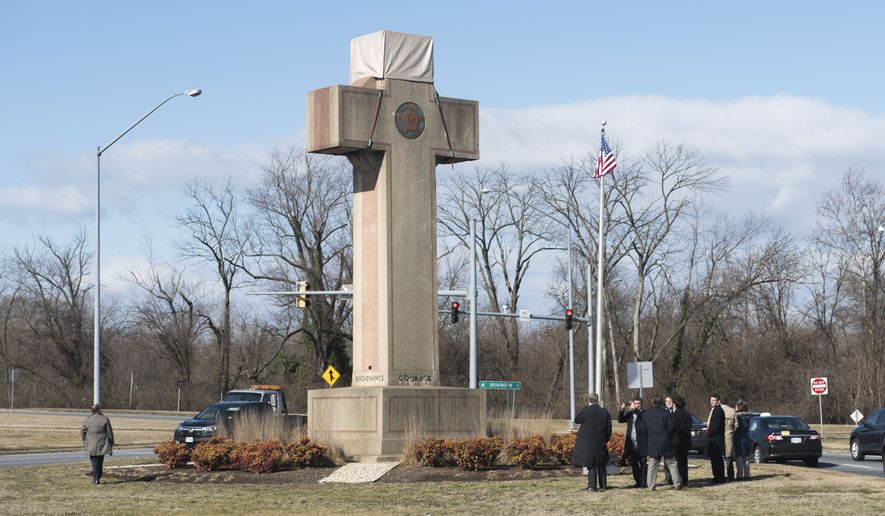 The Supreme Court ruled Thursday that Bladensburg’s beloved World War I memorial cross can remain on public lands, rejecting a challenge that it was an illegal entanglement of state and religion.

The court, in a 7-2 decision, ruled that while the cross is a Christian symbol, the one in Bladensburg has “special significance” as a war memorial and expression of the community’s grief at its lost sons.

Justice Samuel A. Alito said that removing it, at this point, would actually be seen as “hostility” toward religion.

“The Religion Clauses of...

Bipartisanship is hard to come by during an election year, but there’s one thing we can all agree on. It’s time for the Supreme Court to GET WITH THE TIMES,...

No justice seemed prepared to let 538 obscure party loyalists choose the next president. The Supreme Court indicated on Wednesday that it probably won’t...

The Supreme Court heard oral arguments on Tuesday, via teleconference, about the power to investigate the president. President Donald Trump has objected to...

The Supreme Court’s View of Politics Is Unbearably Bleak
OPINION

In overturning the criminal convictions that resulted from the Bridgegate scandal, the Court is essentially accepting that political corruption is here to stay...

So Aldaba took the only other route open to people in her situation: She sued. Her lawsuit in federal district court in Muskogee, Oklahoma, alleged that the...

Just months before Election Day, the question of whether President Trump will get to select a third Supreme Court justice hangs over the final weeks of the...

U.S. Supreme Court justices on Wednesday grilled a lawyer advocating that “electors” in the complex Electoral College system that decides the winner of U.S....

Decision, expected this summer, could have an impact on the 2020 presidential election. President Trump’s personal lawyers, backed by the Justice Department...

The Supreme Court temporarily denied a motion Wednesday from House Democrats to obtain grand-jury testimony and other documents from former Special Counsel...

A unanimous Supreme Court on Thursday struck down a ruling by the U.S. Court of Appeals for the 9th Circuit that had overturned the conviction of a woman...

Supreme Court Justice Ruth Bader Ginsburg on Tuesday was treated at John Hopkins hospital for a “benign gallbladder condition,” the court said in a statement.