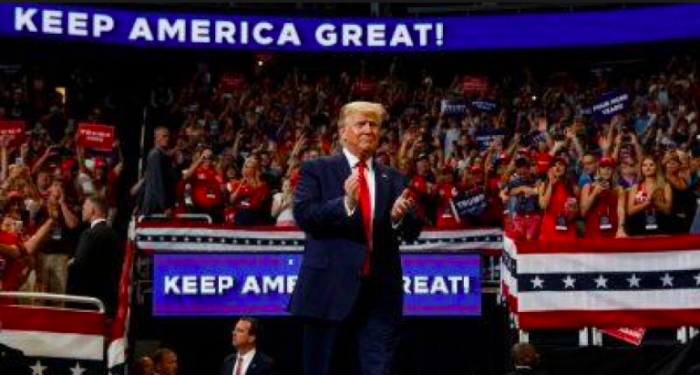 "Make America Great Again" was the best political slogan in history, but it's time for a change, Trump told the adoring audience Tuesday at his campaign kickoff rally in Orlando.

"We've made America great again, but how do you give up the number one call it theme, logo, statement, in the history of politics for a new one?" the president asked the crowd.