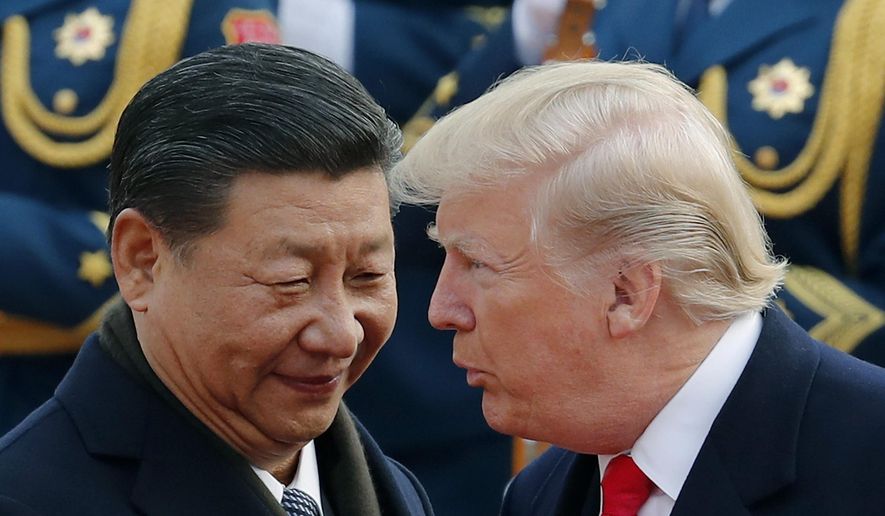 President Trump confirmed Tuesday he will meet with Chinese President Xi Jinping on the sidelines of the G20 summit later this month, rallying jittery Wall Street investors seeking a ceasefire in an escalating trade war.

Mr. Trump said the leaders’ respective teams will begin to pave the way for negotiations before the summit on June 28 and 29 in Osaka, Japan.

“Had a very good telephone conversation with President Xi of China,” Mr. Trump said on Twitter, as markets opened.

Mr. Trump said he expects an “extended meeting” with the...

HEADLINE ROUNDUP
Personal Finance in the Age of Coronavirus

Go ad-free!   About these ads
More news about Banking and Finance
https://www.washingtontimes.com/news/2019/jun/18/trump-confirms-xi-g20-meeting-trade-war-rages/

The idea of a universal basic income — a regular stipend paid to every American adult to meet minimum life needs — has been bubbling around the edges of...

Stock markets surge even as the U.S. braces for ‘hardest and saddest’ week

U.S. and global stock markets soared Monday as investors took in overseas progress against the coronavirus, even as Americans have been warned that the coming...

The next financial crisis: A collapse of the mortgage system

The U.S. mortgage finance system could collapse if the Federal Reserve doesn’t step in with emergency loans to offset a coming wave of missed payments from...

Wall Street suspended trading for second time this week after the Standard...

Millions of people are behind on their credit-card and auto-loan payments, the latest sign of the coronavirus pandemic’s financial devastation. Lenders in...

Post-coronavirus crisis, should we go cashless?

When Amazon opened its first cashless Go stores in 2019, cities and states that banned cashless businesses forced the company to quickly pivot and start...

Should colleges give refunds over coronavirus?

College students don’t want to pay tuition to “Zoom University.” With higher education forced online amid the coronavirus pandemic, some students are...

Americans use their $1,200 stimulus checks to splurge at Walmart, Target and Best Buy — here’s what...

While many Americans have used their stimulus checks to cover basic needs such as groceries, mortgage or rent, there’s evidence people are also spending the...

This is how fast Americans are spending their stimulus checks — and here’s a breakdown of what they...

When Americans received stimulus checks during the Great Recession, studies indicated many spent at least of portion of their money on cars. During the 2008...

Will the stock market tumble back to its coronavirus lows in March? About 92 years of S&P 500...

Will the U.S. stock market retest bear-market lows put in on March 23? That is perhaps the most prevalent question on Wall Street. And while there’s no way...

Republican senators are launching a new inquiry into the troubled coronavirus relief program to ensure that banks are not discriminating against small...

Bad Bankers Are How Big Business Beats Small Business, But Congress Can Fix It
ANALYSIS

There are reasons major companies got massive loans from the Senate’s “small business” bailout while thousands of small businesses that applied the first day...