Election 2020, citizenship question, US Census, Presidential Elections, Elections
Save for Later
From The Left 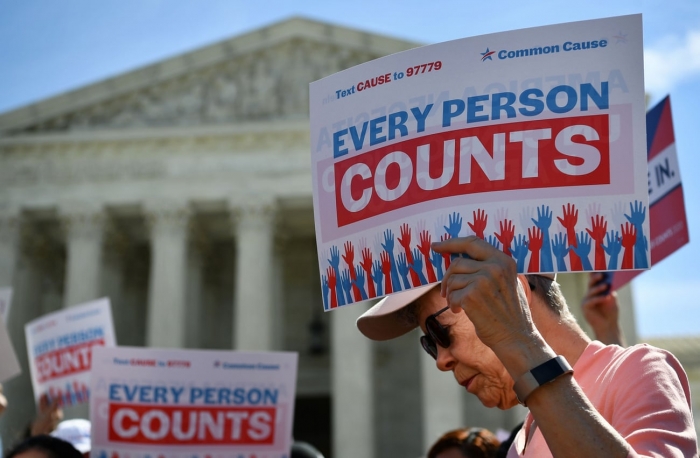 If the Trump administration adds a new question to the 2020 census, up to 4m people could go uncounted, paving the way for Republican gerrymandering

It has happened every decade since the foundation of the United States, mandated by the first article of the constitution. It is a centrepiece of American democracy, playing a vital role for political representation in Washington. And its viability has never been under greater threat.

The United States census, the measure of America’s population growth and its distribution – irrespective of immigration status – is set to take place next year under deeply contested circumstances.

For the first time, the census could include a question on respondents’ citizenship that, according to the bureau’s own research, will substantially reduce the number of people willing to participate. A study published last week estimated that the addition of the question could mean up to 4 million people – mostly people of color from immigrant minority communities – could go uncounted.

If such an undercount occurs the effects will be profound. It could allow for electorate boundaries throughout America to be redrawn, almost certainly favouring the Republican party. It could result in billions of dollars in federal funds being withheld from some of the most vulnerable communities in America.

Now the supreme court is set to decide a case on the census, which, some say, will test the institutional biases of the highest court in the country.

“Several key pillars of democracy are at stake in this case,” said Thomas Wolf, counsel for the democracy program at the Brennan Center for Justice.

“The census count is used to determine, among other things, how many seats in Congress each state gets and how large of a share of hundreds of billions of dollars in federal funding each state receives. So we’re talking not just about political representation, but in certain issues, people being able to educate their children and put food on the table.”