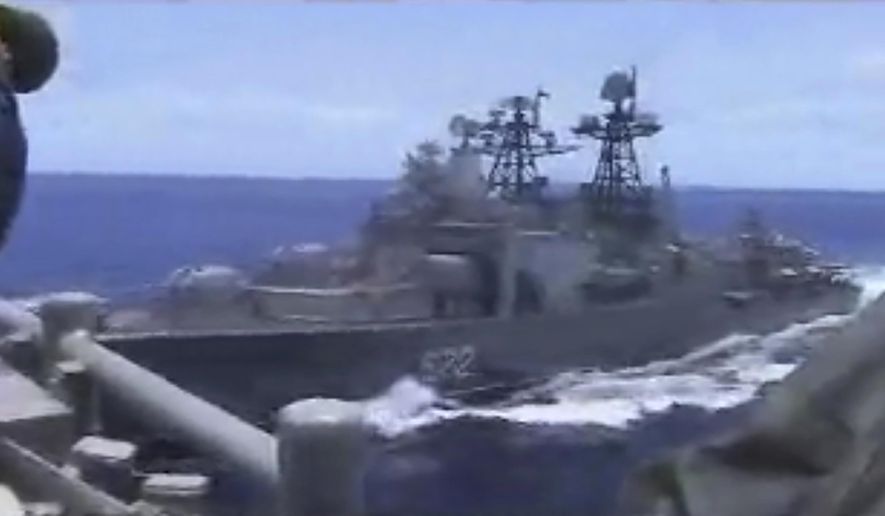 A U.S. missile cruiser and Russian destroyer nearly collided Friday in the Philippine Sea, with the two vessels coming within at least 100 feet of one another as the two nations traded blame for the incident.

It’s the latest in a string of air and sea confrontations between the U.S. and Russia.

“While Chancellorsville was recovering its helicopter on a steady course and speed when the Russian ship DD572 maneuvered...