Trump: UK and US Can Do a 'Phenomenal' Post-Brexit Trade Deal

Great Britain, Brexit, Donald Trump, Trade
Save for Later
From The Right 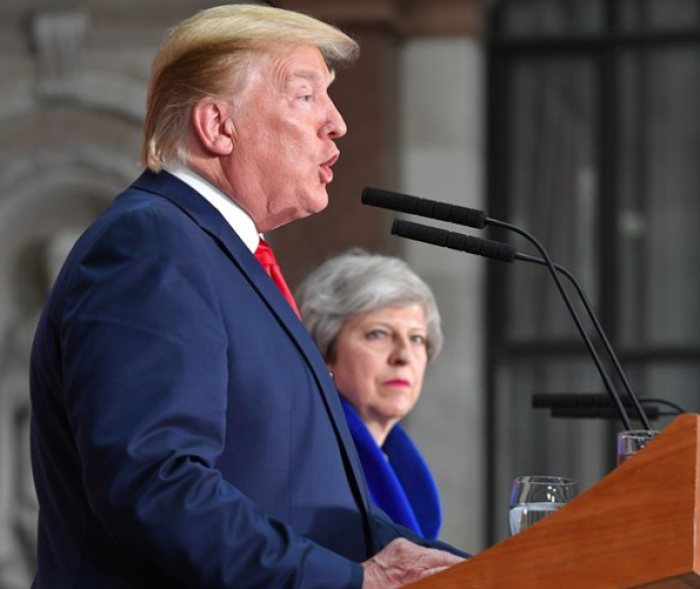 "As the UK makes preparations to exit the European Union, the United States is committed to a phenomenal trade deal between the US and the UK," Trump told a joint news conference with U.K. Prime Minister Theresa May on Tuesday during his state visit to London.

He added: "There is tremendous potential in that trade deal - I say probably two and even three times of what we are doing right now."

Read full story
Some content from this outlet may be limited or behind a paywall.
Great Britain, Brexit, Donald Trump, Trade

News and Information about Trade
Go ad-free! Support AllSides.
About these ads
https://www.newsmax.com/world/globaltalk/trump-may-brexit-trade/2019/06/04/id/918832/

News
Nissan pulls out of Russia, sells all assets to state for 1 Euro
Fox Business