National Defense, Navy, John McCain, Defense And Security
Save for Later
From The Left 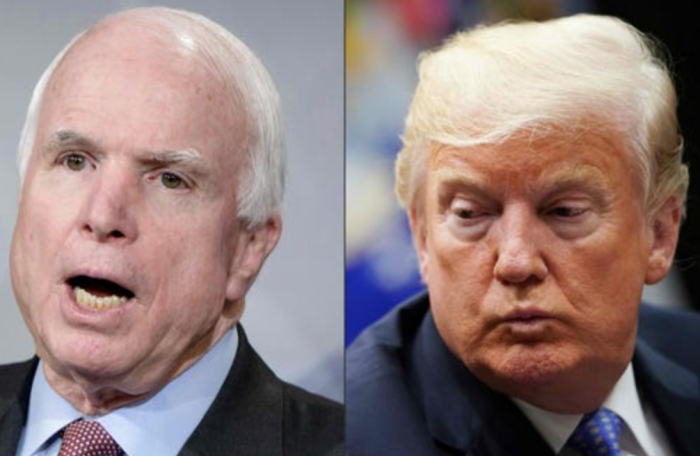 The U.S, Navy acknowledged Saturday it had received a request to shield a U.S. warship bearing the name of former political rival John McCain from President Donald Trump's view during the commander-in-chief's visit to Japan last week – but did not comply.
“A request was made to the U.S. Navy to minimize the visibility of USS John S. McCain, however, all ships remained in their normal configuration during the President’s visit," according to a statement from Rear Adm. Charlie Brown, Chief of Navy Information, that the Pentagon released.

Read full story
Some content from this outlet may be limited or behind a paywall.
National Defense, Navy, John McCain, Defense And Security