Yes, Roe really is in trouble 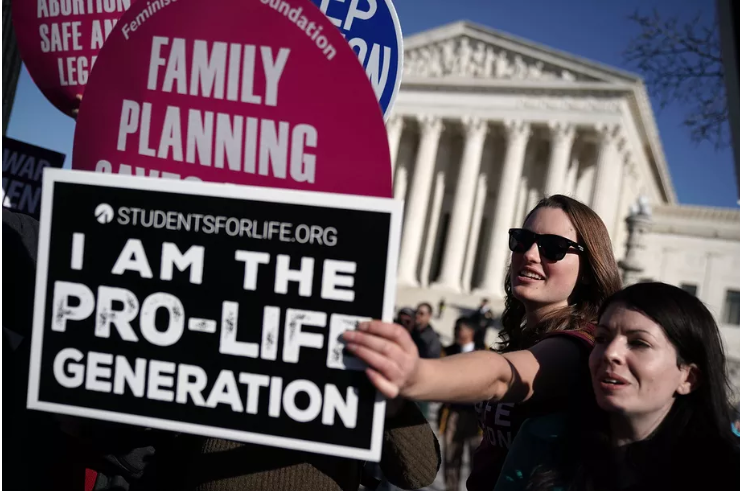 Roe v. Wade has survived for decades because of luck. That’s about to change.

It’s been a bad few weeks for supporters of reproductive freedom.

On Tuesday, the Alabama legislature passed one of the most restrictive abortion bills in the country, banning the procedure with no exception for rape or incest. Last week, Georgia passed a so-called “heartbeat” bill that would prohibit an abortion once a fetal heartbeat can be picked up — the fourth such bill to be passed in 2019.

These laws will surely be challenged and make...

NEWS
Should Abortion Be Legal?
ProCon.org

The FDA Could Improve Abortion Access Under Coronavirus But It Won't

When Donald Trump used “two very big words” to declare a national emergency over the novel coronavirus on Friday, he bragged about giving his top health...

Once again, women’s reproductive freedom is more concerned with doctors than women. Following the briefing and oral arguments in June Medical, the Louisiana...

The Supreme Court Is Hearing a New Case on Abortion. The Decision Could Impact Women for a...

Kathaleen Pittman likes to leave the door of her office at Hope Medical Group for Women open at the end of the day. That way she can watch patients leave after...

A federal appeals court sided with the Trump administration on Monday in declining to block a rule that restricts what federally funded family planning...

Sen. Ted Cruz (R-Texas) took aim at legislation recently introduced in Alabama by a state representative that would, if passed, make it mandatory for certain...

Are abortion rights now a litmus test for the Democratic Party? Democrats who oppose abortion say they feel like they must choose between their religious...

A federal appeals court panel ruled that medication abortions, in which pills are taken to terminate a pregnancy, can be provided in Texas during the...