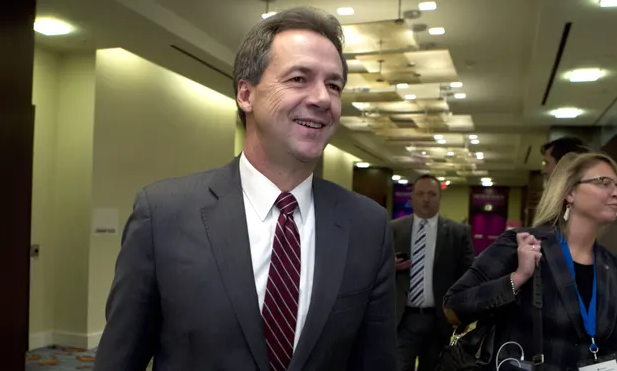 Steve Bullock, the Democratic governor of Montana, announced on Tuesday that he is entering the presidential race after pushing a progressive agenda in a conservative state.

Among a crowded field of more than 20 Democratic candidates, Bullock attempted to distinguish himself in his campaign launch video by touting his ability to work with Republicans and his record of fighting corporate spending in elections.

“I don’t have the luxury of just talking to people who agree with me,” Bullock said in the video.

Go ad-free!   About these ads
More news about Elections
https://www.theguardian.com/us-news/2019/may/14/steve-bullock-2020-montana-governor-presidential-democratic-race