Police seize over a thousand guns, piles of ammunition from Los Angeles home

Guns, Los Angeles, ATF, Gun Control And Gun Rights
Save for Later
From The Left 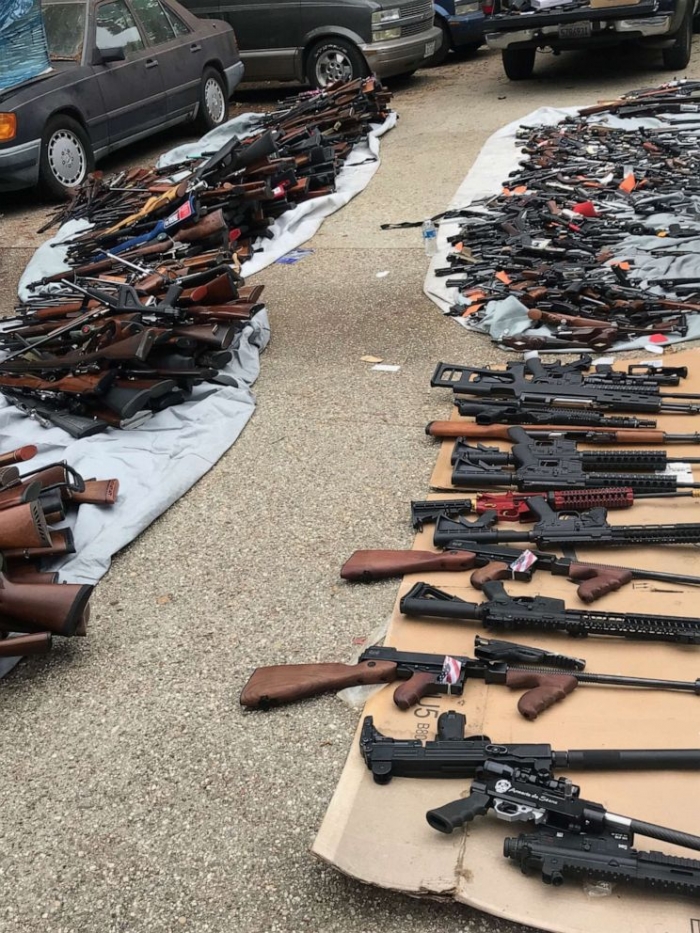 A man in Los Angeles' posh Holmby Hills neighborhood was hiding a stash of weapons large enough to outfit an army.

The Los Angeles Police Department busted Girard Damien Saenz, 57, with as many as 1,000 weapons piled up in his home. Authorities also found massive stockpiles of ammunition.

Saenz, who was living in the home alone, was booked for unlawful transportation and giving, lending or selling assault weapons. Additional charges may be added later, including federal charges, authorities said. He is being held on $50,000 bond.