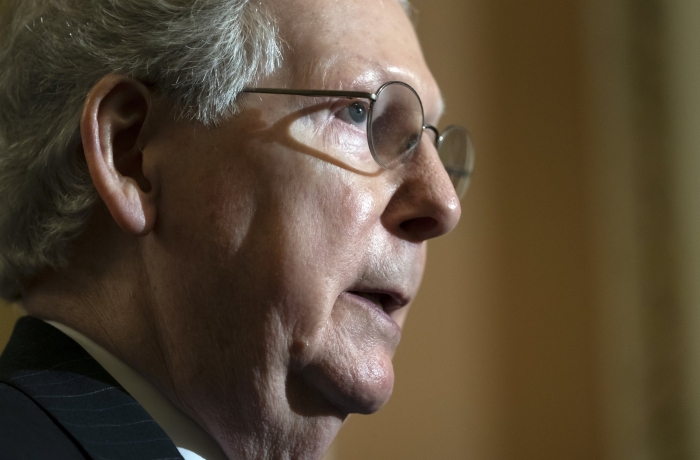 The Republican leader, in his most significant public comments yet on the investigation, is expected to outline in a Tuesday speech how special counsel Robert Mueller’s “exhaustive” probe went on for two years and is now complete. The remarks are being billed as his final thoughts on the topic.

“It’s finally over,” McConnell is expected to say.

NEWS
How Mitch McConnell is changing the Democratic Party
Vox

Republicans will replace RBG but Democrats hold the trump cards – no, really
OPINION

Progressives should not worry about what will happen if they mimic McConnell’s constitutional hardball. Their representatives need only act with a little less...

How Mitch McConnell is changing the Democratic Party
ANALYSIS

What Senate Democrats are learning from Mitch McConnell. Mitch McConnell was elected to the US Senate in 1985. He was named Senate minority leader in 2007,...

A pair of Senate Republican committee chairmen released a report Wednesday arguing that Hunter Biden’s board position with a Ukrainian energy company was “...

Findings don’t support Trump’s accusation that Joe Biden sought to remove a prosecutor to protect a gas firm whose board Hunter Biden served on. Two Obama...

The US Supreme Court has long been a key consideration for voters - but now, with the death of liberal icon Justice Ruth Bader Ginsburg, it's taking centre...

Republicans likely have enough support for a vote on Trump's Supreme Court nominee after...

Mitt Romney indicates that he would vote to confirm a qualified nominee from Trump, likely dooming...

As President Donald Trump quickly moves ahead to nominate a replacement for the late Ruth Bader Ginsburg, Democrats had hoped to halt that process in its...