Foreign Policy, Bernie Sanders, North Korea
Save for Later
From The Right 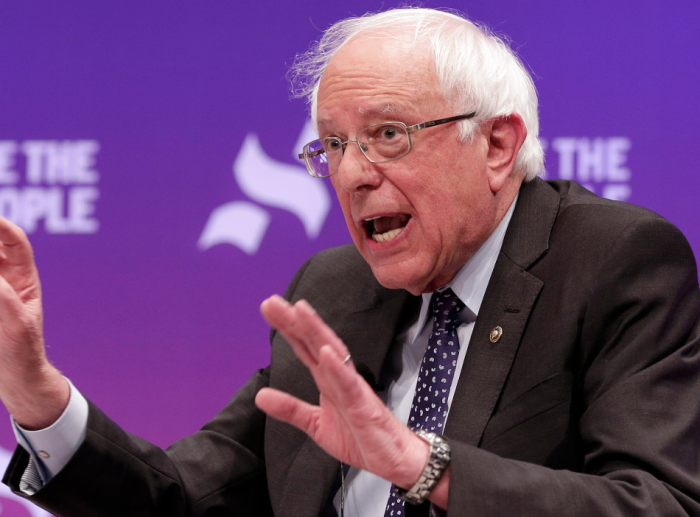 The politics of North Korea made strange bedfellows of Donald Trump and Bernie Sanders on Saturday — when the Vermont Democrat said he doesn’t “fault” the president for his handling of Kim Jong Un.
Trump’s face-to-face meetings with Kim are “the right thing to do,” Sanders told ABC News, even given North Korea’s recent launch of short range missiles over the Sea of Japan.
“You know, this is one area, actually, where I do not fault Trump,” the 2020 presidential candidate told ABC’s Jonathan Karl.
“I think...