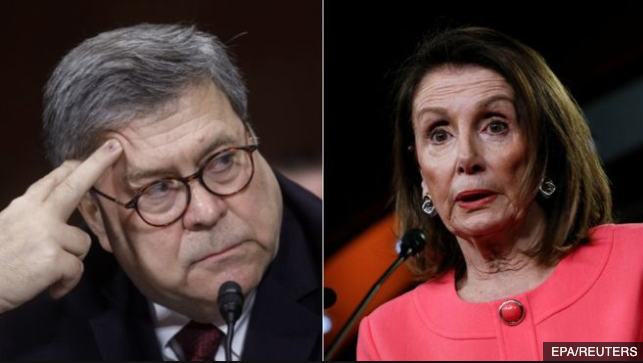 US Speaker Nancy Pelosi has accused the Attorney General William Barr of lying to Congress.

Her comments came a day after Mr Barr's testimony to a Senate panel about Special Counsel Robert Mueller's report on Russia's alleged meddling in 2016.

The top US law official refused to testify to Democratic-led House Judiciary Committee on Thursday.

The stand-off raises the prospect that Mr Barr - America's top legal official - could be held in...