Facebook bans Louis Farrakhan, Milo Yiannopoulos, InfoWars and others from its platforms as 'dangerous' 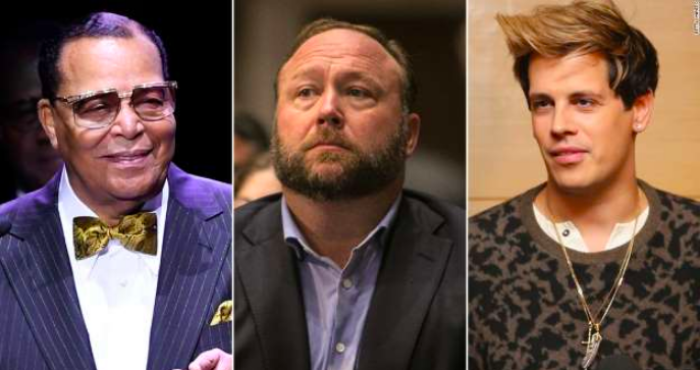 PERSPECTIVES BLOG
Story of the Week: Twitter and Trump Clash After Company Adds Warning Tag to His Tweets

Google has banned ZeroHedge, a far-right website that often traffics in conspiracy theories, from its advertising platform over policy violations found in the...

The Internet’s Most Censored Space

For the free-speech absolutists out there, let me point you to a corner of the digital world that embraces its utter lack of free expression: Apple’s app...

he Trump administration and its Republican enablers are fighting a series of wars directed at targets inside the United States. A partial list would include...

Big Brother, Google and the 'Enemies of Freedom'
OPINION

My fourth collection of columns is titled "The Media Matrix" and has the subtitle "What if everything you know is fake?" Lately, that subtitle seems prophetic...

‘The Left’s Goal Is To Make Dissent Invisible And Therefore Irrelevant’: Tucker Carlson Responds To...

Tens of millions of Americans are aghast at what is taking place in our country. Neighborhoods burned by angry mobs, an entire section of Seattle “occupied” by...