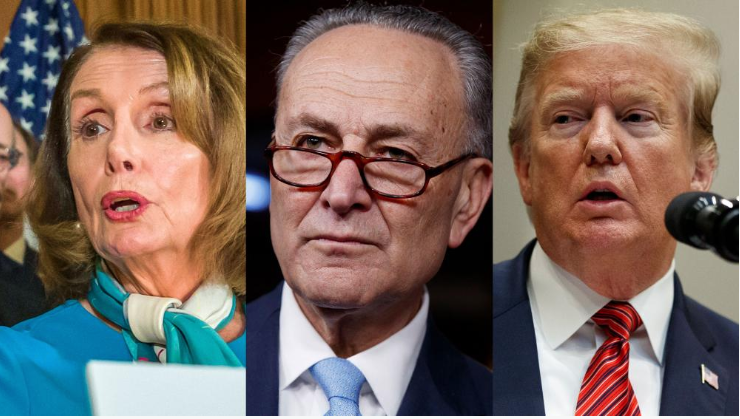 That includes building new roads, increasing broadband, and improving the power grid. They say the president agreed to invest $2-trillion into a new plan.

No one has explained how the massive spending plan would be paid for. But some top business groups and labor unions like the idea of increasing the federal gasoline tax, which is 18.3 cents a gallon right now.

AllSides Media Bias Rating: Right
You disagree.
Thank you! Community votes alone don't determine our ratings, but are valuable feedback and can prompt us to do more research.
81610/68827

NEWS
James Mattis Denounces President Trump, Describes Him as a Threat to the Constitution
The Atlantic

Go ad-free!   About these ads
More news about Politics
http://www1.cbn.com/cbnnews/politics/2019/may/impeachment-battle-axes-infrastructure-can-dems-and-trump-really-stick-to-2t-deal

James Mattis Denounces President Trump, Describes Him as a Threat to the Constitution
ANALYSIS

In an extraordinary condemnation, the former defense secretary backs protesters and says the president is trying to turn Americans against one another....

Trump fires back at 'overrated' James Mattis: 'Glad he is gone!'

President Trump responded to criticism from former Defense Secretary James Mattis by calling him an “overrated” military leader whom he relished firing. “...