Election 2020, Joe Biden, Presidential Elections, Elections
Save for Later
From The Right 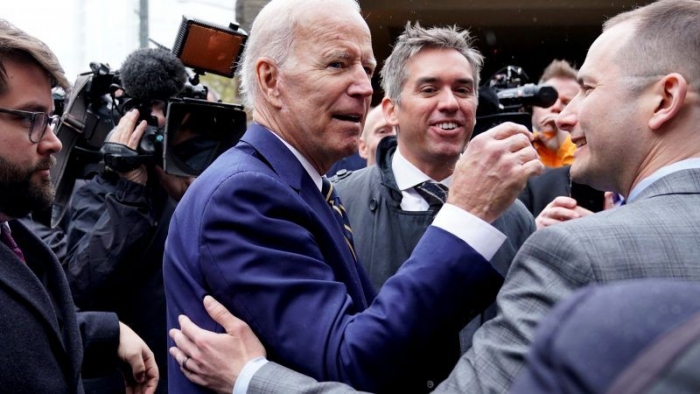 Joe Biden officially announced his presidential bid this morning, promising that he could save the country from Donald Trump and the forces of white supremacy.

"We are in a battle for the soul of this nation," the former vice president says in a video released today, which focuses heavily on 2017's deadly Unite the Right rally in Charlottesville, Virginia.

"If we give Donald Trump eight years in the White House, he will forever and fundamentally alter the character of this nation. Who we are. I cannot stand by and watch that happen," says Biden.

Biden's entry into the already crowded Democratic primary field is hardly a surprise. Now that he's in, the former vice president has a lot of things going for him. First and foremost are his poll numbers. Biden consistently leads the pack nationally, and he's doing very well in the early-voting states of New Hampshire and Iowa.

The latest University of New Hampshire poll has Biden as the second most preferred Democratic candidate in that state, garnering support from 18 percent of likely Democratic primary voters. That places him second only to progressive darling Bernie Sanders of neighboring Vermont (who sits at 30 percent). And Biden is cleaning up in Iowa, where the latest Monmouth University poll shows him winning support of 27 percent of likely caucusgoers. Sanders is pulling 16 percent in Iowa, while South Bend Mayor Peter Buttigieg is trailing in third place, with 9 percent.

That said, we're a long way off from any actual voting. As Reason's resident poll expert, Stephanie Slade, likes to remind people, polls at this stage are hardly predictive.

Read full story
Some content from this outlet may be limited or behind a paywall.
Election 2020, Joe Biden, Presidential Elections, Elections